“We are Artists. Creators. Storytellers. We are the new generation stepping into our power. Now we are being robbed of our power,” reads a full page ad from Planned Parenthood appearing in The New York Times. “WE WILL NOT GO BACK — AND WE WILL NOT BACK DOWN.”

The ad was published Friday, the eve of the “Bans Off Our Bodies Day of Action” in the U.S.

A number of the music stars on the list previously spoke up after a draft opinion was leaked. According to a recent Washington Post/ABC News poll, only 28 percent of Americans believe the 1973 ruling giving women the right to choose should be overturned. 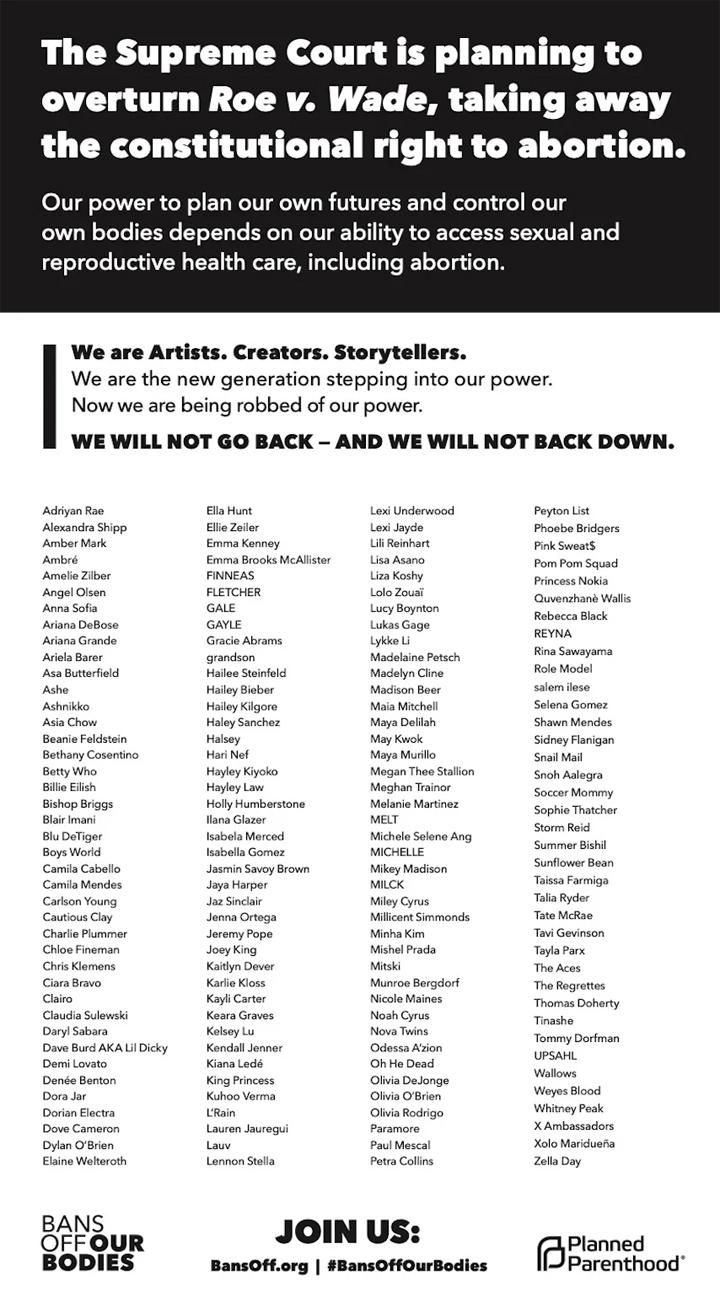 Listen to music from artists showing their support