Today's rally was organized by ACORN (Association of Community Organizations for Reform Now).

They're demanding better communication from building management, answers about what may have sparked the November 15th five-alarm fire that left one man dead, six injured and hundreds out of their homes.  They're also demanding some sort of indication as to when they'll be allowed to return to their units.

While this resident has a temporary place to stay for the holidays, she tells our media partner CP24, not everyone is so lucky.

But where they'll live, after the holidays, is still unclear for many. And it could be months, before they're allowed to move back into the building, which is undergoing extensive repairs.

"Why is it, that it isn't management's responsibility to put us up somewhere that isn't just a...hotel. They're responsible for this. We all woke up the morning of November 15th, freezing, because they don't maintain this building. They don't keep the heat high enough. We don't know yet, what caused the fire, but we all know. We all know from every time that we've tried to convince them to fix something and they just won't; they won't return our calls, they just lose our paperwork. I will be so shocked if this isn't the building management's fault."

She goes on to say, "Even if it weren't their fault, we are human beings and this is our home and they do need to step up."

While some initially stayed at Driftwood Community Centre, before being relocated to a temporary shelter at York University's athletic centre for two weeks, before they were forced to move again. Many are staying with friends or relatives, but many others are in hotels for the time being, but say they can't afford to do so for much longer. They're still responsible for January's rent.

This man tells CP24, building management has been providing very little support: "When it comes to the management, what we only hear from them is basically our rent - we need to pay our rent and all those things. They didn't even accomodate all of us."

Many residents don't understand why the landlord, Ronkay Management Inc., has yet to organize a formal meeting to discuss how long building repairs will take and other issues of concern to residents.

A much larger rally is planned for Sunday at 3 p.m. outside the building. Various community organizations will join residents in their demand for answers. 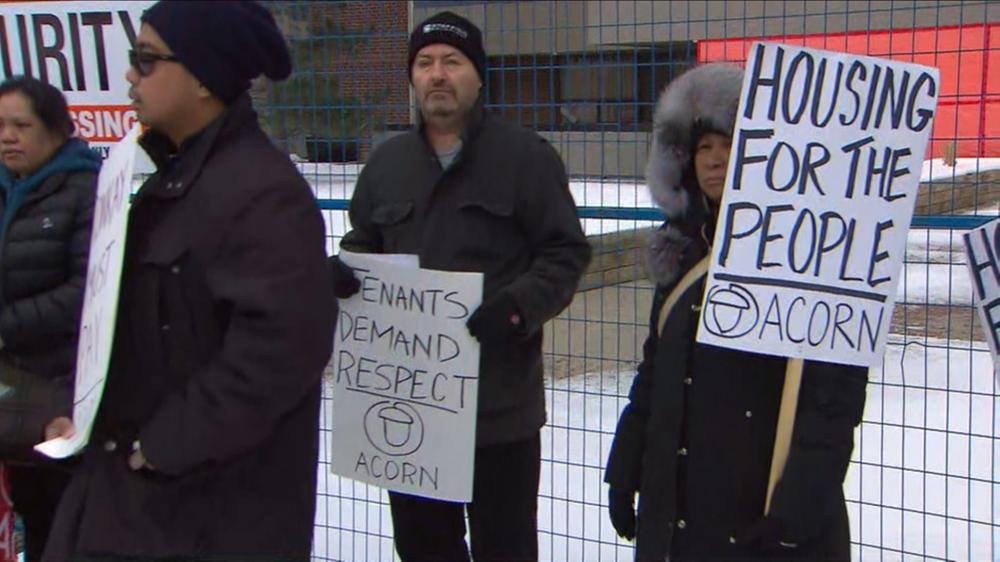