Hamilton Police now say they have released two of the four teens they'd taken into custody, in connection with the murder of a 14-year-old boy outside of a Hamilton high school.

The 16-year-old boy and 16-year-old girl were both arrested on Tuesday, but police made a point of saying that they hadn't been charged.

Two of the teens, an 18-year-old and a 14-year-old have already appeared in court on charges of first-degree murder.

Updating media on Tuesday afternoon, police say they were able to find the knife earlier in the day.

It's still not clear what led to the stabbing.

But some students at the school believe the boy was there with his mom, trying to get his stolen bike back. There's some indication that the victim had been bullied in the past as well, but police couldn't confirm either report.

Officers were able to confirm that the four suspects and the victim, were all students or former students of Sir Winston Churchill Secondary School.

There's a candlelight vigil planned for Wednesday evening, between 6:30 and 8pm, outside the school, where the incident took place.

A funeral for Devan Selvey will also be held on Saturday. A GoFundMe page has been set up, to help with the funeral costs.

By Wednesday morning, donations had already surpassed the $35,000 goal.

Some of the students we talked to outside of Sir Winston Churchill Secondary School in Hamilton, say the school has a reputation.

A student told us he was scared before starting at the school, but now that a 14-year-old has been murdered there, he's even more scared.

So we turned to the board, what are they doing to quell those fears?

"Let's have a conversation, that's what we're encouraging our kids." says Manny Figueiredo from the board.

But there are no plans yet to increase security at the school.

The board says they've also heard that the boy had been the victim of bullying, but couldn't confirm anything. 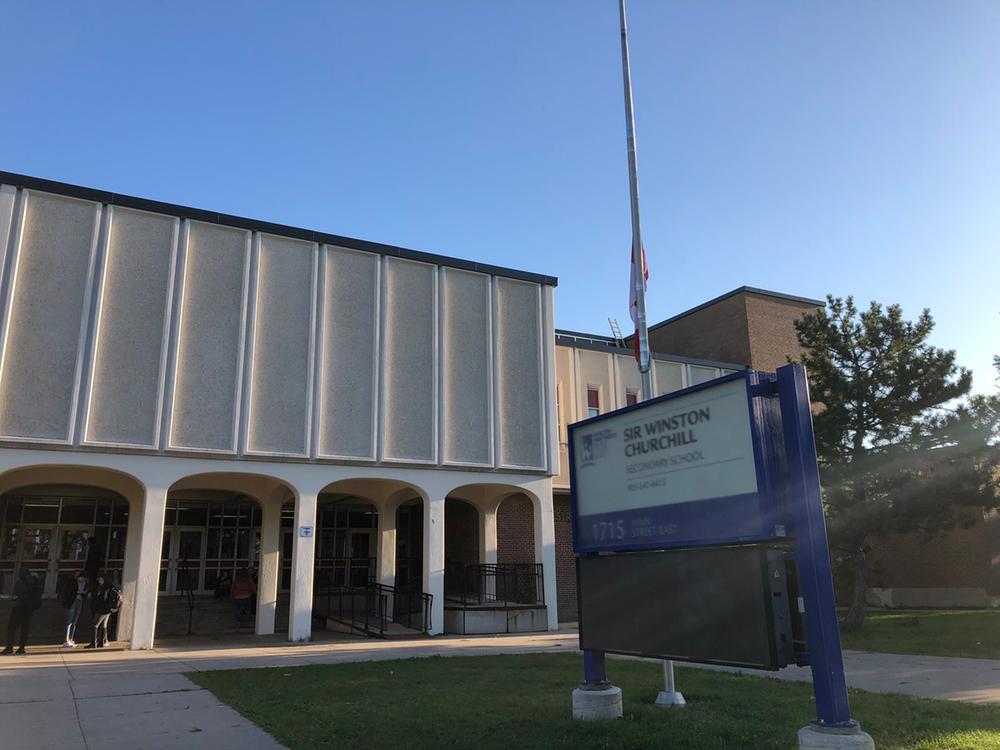