Reba McEntire Reveals Who Should Play Her On Screen

Who would play Reba McEntire in the story of her life?

The 65-year-old country star was asked this very question during an interview airing Friday on The Marilyn Denis Show.

On Thursday, Denis said McEntire needed some time to consider who is best suited to portray her and came up with… Nicole Kidman.

The 53-year-old, who is married to country star Keith Urban, has showcased her singing ability in Moulin Rouge, Happy Feet and Nine. Kidman also recorded a cover of "Something Stupid" with Robbie Williams in 2001. 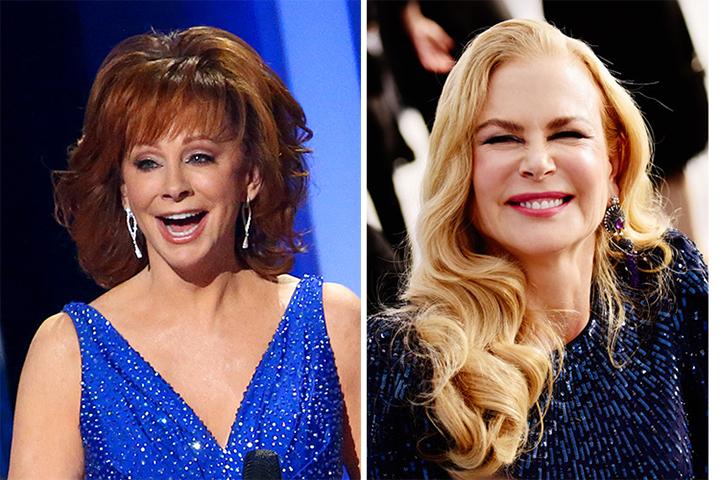 The subject of biopics came up during McEntire's conversation with Denis because it was announced last week that Jessica Chastain will portray the late Tammy Wynette in the forthcoming limited series George & Tammy.

The Marilyn Denis Show airs weekdays on CTV, which is part of Bell Media, parent company of this website.

Listen to music from Reba McEntire