Jason Aldean and the We Back Tour 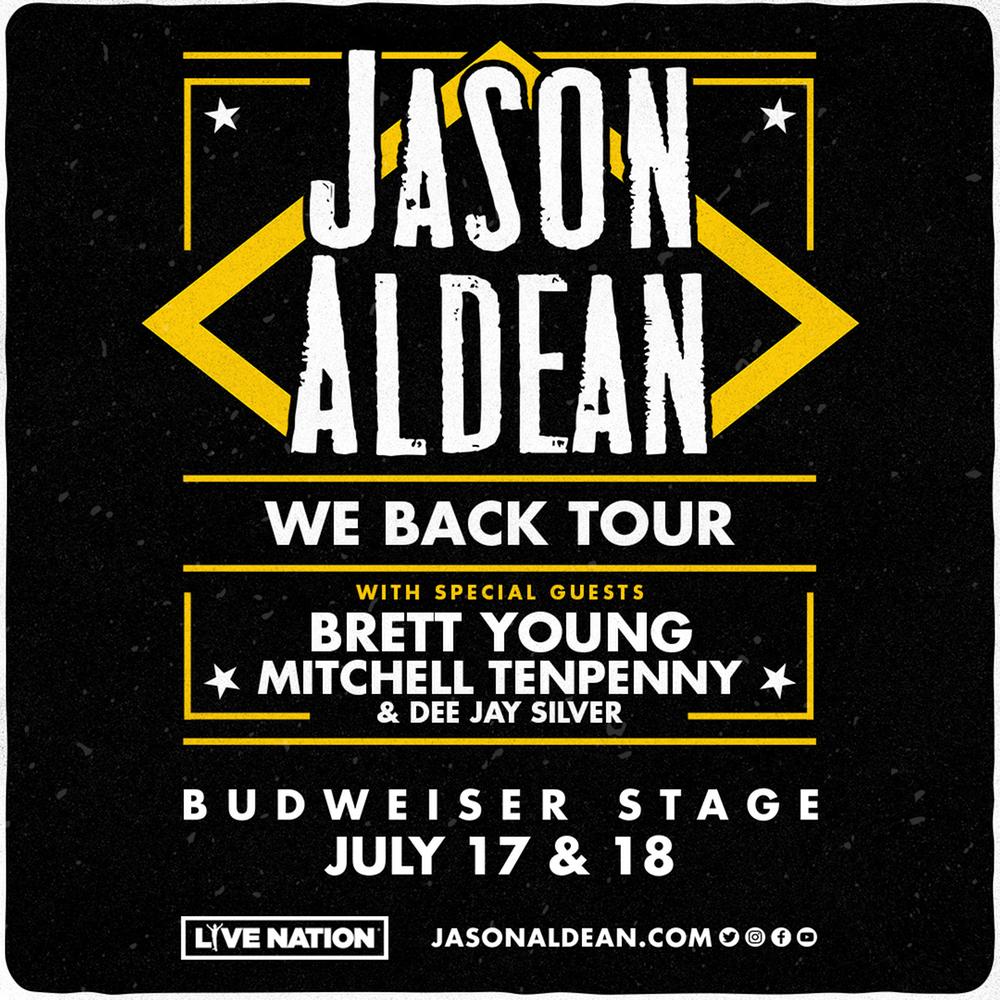 After almost 15 years at the top of his format, reigning ACM “Artist of the Decade” Jason Aldean has seen trends come and go. Hell, he helped bring a few out of the shadows, like a Country-music Columbus making the mainstream’s first contact with hard rock (“Hicktown”), hip-hop (“Dirt Road Anthem”) and R&B (“Burnin’ It Down”).

For 9, Aldean’s ninth studio project, he offers 16 interwoven tracks in an era of stand-alone singles and superstar EPs, holding his ground for a modern album with an old-school soul.

A three-time ACM Entertainer of the Year, Aldean’s a card-carrying member of Country’s elite headliners whose incendiary tours are nearing legendary status. Also a dominant force on the charts, he’s scored 23 Number Ones and notably all eight of Aldean’s previous studio albums have been certified Gold or Platinum by the RIAA. He’s the only Country act in history to top the all-genre Billboard 200 four times (in a row, no less), racking up four billion streams and more than 18 million albums sold along the way.