The Mapdot Tour 2022 will kick off on October 29 in Montreal, QC, and make 23 stops across Canadian cities including Ottawa, Sudbury, Regina, Calgary, Vancouver and more before wrapping in Saskatoon on December 2. Four additional dates have been added to the tour including in Barrie, Portage La Prairie, Brandon, and Winnipeg. Tickets for the new dates will go on sale Thursday September 1 at 10am local. Tickets are available now for all previously announced dates. VIP Packages are also available for purchase in select markets. For more information visit www.jessmoskaluke.com.

ABOUT JESS MOSKALUKE: An internationally celebrated artist, Jess Moskaluke continues to break barriers in the country music world with her big voice, pop-infused hooks, and sonic versatility. The first Canadian female country artist since Shania Twain to achieve CRIA Platinum single status with the hit ‘Cheap Wine and Cigarettes’, Moskaluke has since gone on to earn CRIA Gold certifications for ‘Take Me Home’, ‘Kiss Me Quiet’ and a nod for her feature on Paul Brandt’s ‘I’m An Open Road’. She was also notably the first Canadian female country artist since 2008 to have a song in the Top 3 with ‘Drive Me Away’ and has notched another SIX Top 10 hits in addition to that including her first ever NUMBER ONE ’Country Girls’. The 2017 JUNO Award winner for ‘Country Album of the Year’, Moskaluke is also the 2018 CCMA Award winner for ‘Album of the Year’, a three-time consecutive CCMA ‘Female Artist of the Year’ Award winner – the first resident of Saskatchewan in the history of the awards to achieve this title – a 2017 SOCAN Award winner and the 2020 WCM Award winner for ‘Country Artist of the Year’. Kicking off 2020 with ‘Country Girls’ topping the charts, Moskaluke’s follow-up track ‘Halfway Home’ landed in the Top 5 at Australian country radio, where in 2019, she played the C2C Music Festival and took part in CMC’s ‘Songs and Stories’ series, performing six songs for a one-hour special. She delivered her Top 15 single ‘Mapdot’, a personal ode to small-town pride and the place she’s proud to call home, ahead of the release of The Demos in February of 2021, along with her Top 20 track ‘Nothin’ I Don’t Love About You’. In addition to her music, Moskaluke continues to explore other avenues including her highly anticipated ‘Handpicked by Jess’ subscription box drops, with previous versions selling out in less than 24 hours. The multi-talented country artist has been working on new music and amplifying her dynamic country sound and has announced the national headlining Mapdot Tour for 2022 in addition to sharing her brand-new southern twang infused single  and video for ‘Knock Off’.

ABOUT TYLER JOE MILLER: Signed to MDM Recordings Inc. in 2019, Surrey, BC’s Tyler Joe Miller quickly made a name for himself in Canadian country music and continues his meteoric rise with the release of his latest single “Never Met a Beer”, a collaboration with fellow rising country star Matt Lang which was streamed over 1700 times an hour in the first 24 hours after its release. After releasing his Gold Certified debut single, ‘Pillow Talkin’’ at the end of 2019, the catchy tune quickly earned him the title of iHeartRadio Future Star and became his first #1 single at Canadian country radio. An unprecedented and record-breaking climb followed with single ‘I Would Be Over Me Too’, steadily rising on the charts and earning Miller the distinction as the first independent Canadian country artist to reach #1 at radio with their first two singles. His debut EP Sometimes I Don’t, But Sometimes I Do included the singles ‘Fighting’ and ‘Sometimes I Do’, reaching the Top 10 and Top 5 respectively at radio. These tracks, along with the lead single off his sophomore project ‘Wild as Her” have been collectively streamed over 33 million times to date. Last year, Miller was named SiriusXM’s 2021 Top of the Country winner in addition to receiving four CCMA Award nominations (“Rising Star”, “Male Artist Of The Year”, “Album Of The Year” and “Fan’s Choice”) and most recently, has been nominated for "Fan’s Choice” and “Male Artist of the Year” for the 2022 CCMA Awards. 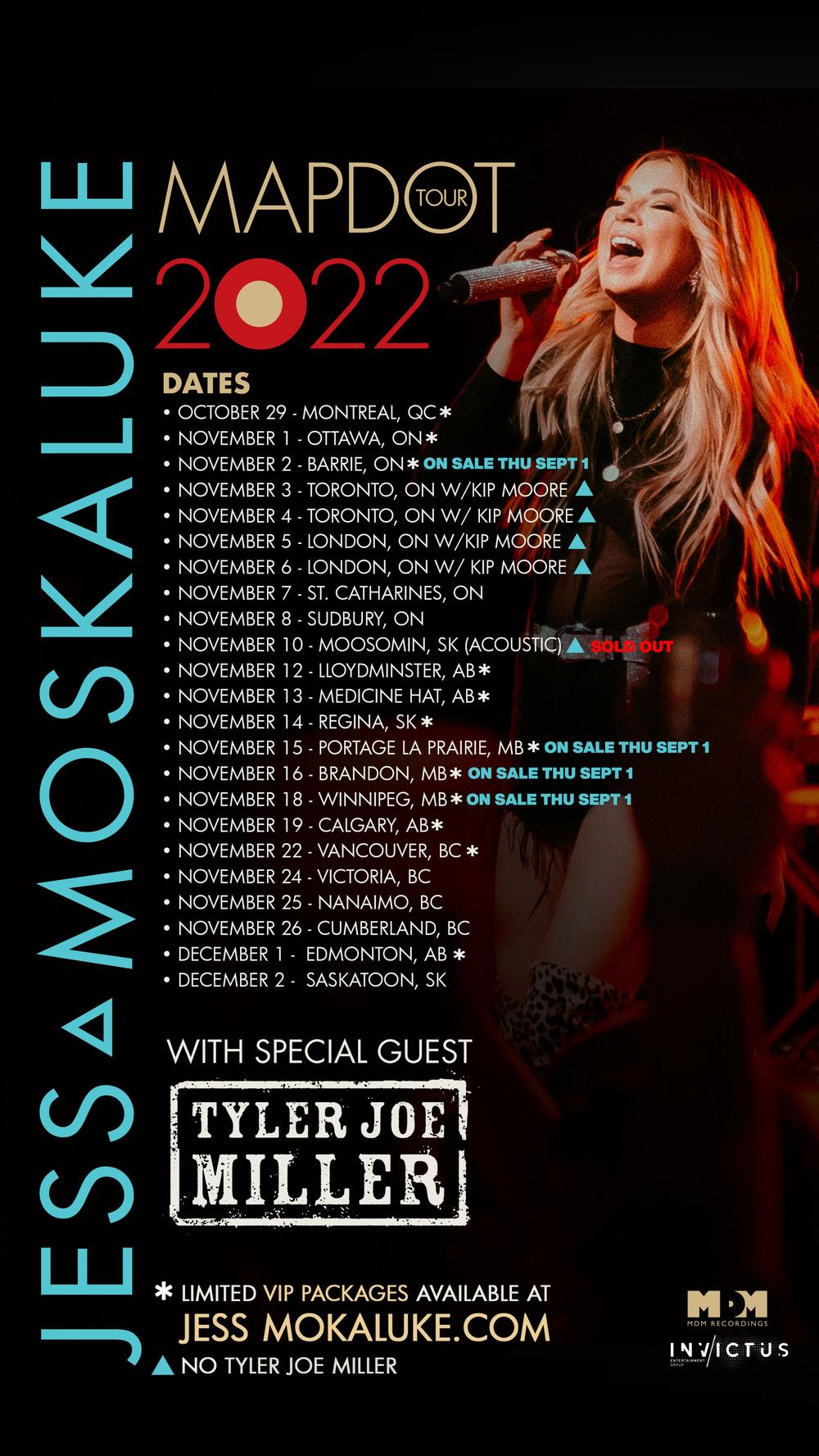