The Nottawasaga Detachment of the Ontario Provincial Police (OPP) is currently investigating an incident and is requesting the public's assistance in identifying the involved person.

On Saturday November 7, 2020, at approximately 12:30 p.m., a male walked into the Hockley Valley General Store and purchased some food items. The male was captured on video surveillance and investigators are looking to identify the person involved in this incident. 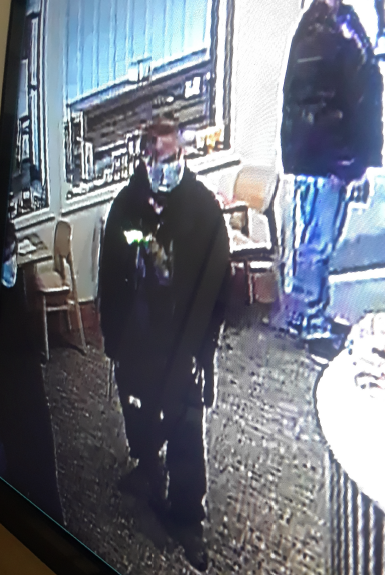 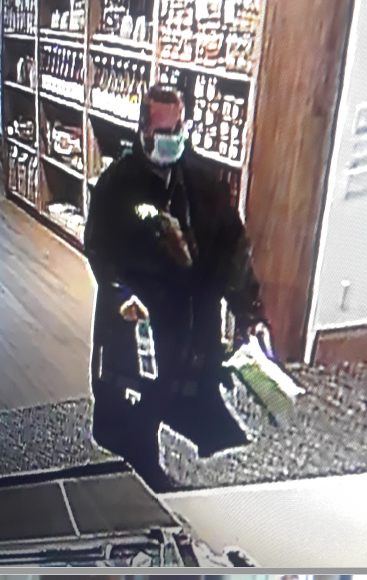 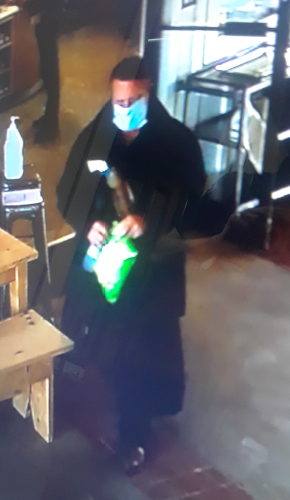 The person is described as a Caucasian male, approximately 5'9", approximately 30-40 years old, brown hair with a distinct bald patch, medium build, wearing a long, black trench coat, and a white and blue medical mask. The person was wearing what is believed to be a gun strapped to his chest. The gun is described as a revolver, and the handle of the gun appears to be white in colour, while the rest of the gun was inside of the holster and not visible.