The Ontario Provincial Police (OPP), in conjunction with York Regional Police (YRP), are offering a $100,000 reward to anyone with information that will lead to the location of Elnaz HAJTAMIRI.

The 37-year-old Elnaz - who also goes by the surname TAMIRI - was abducted at approximately 8:32 p.m. on January 12, 2022 from a residence on Trailwood Place in Wasaga Beach, Ontario by three suspects dressed in police gear, but not actual uniforms. They drove away in what is believed to be a white Lexus RX sport utility vehicle.

Two composite sketches created by the OPP Forensic Artist have been released to the public showing two of the three masked suspects who abducted Elnaz. Both suspects in the sketches wore dark jackets over their fake police vests, a balaclava with white trim pulled up over their nose and mouth, a gold, red and blue badge chained around their neck and dark pants.

Suspect #1: The first suspect is described as approximately 6'0" tall, very skinny, lighter black skin, with a long narrow face. He had a thick black belt with an attached handcuff pouch and holstered black gun with a magazine inside. The gun appeared to have been worn, with metal areas exposed. 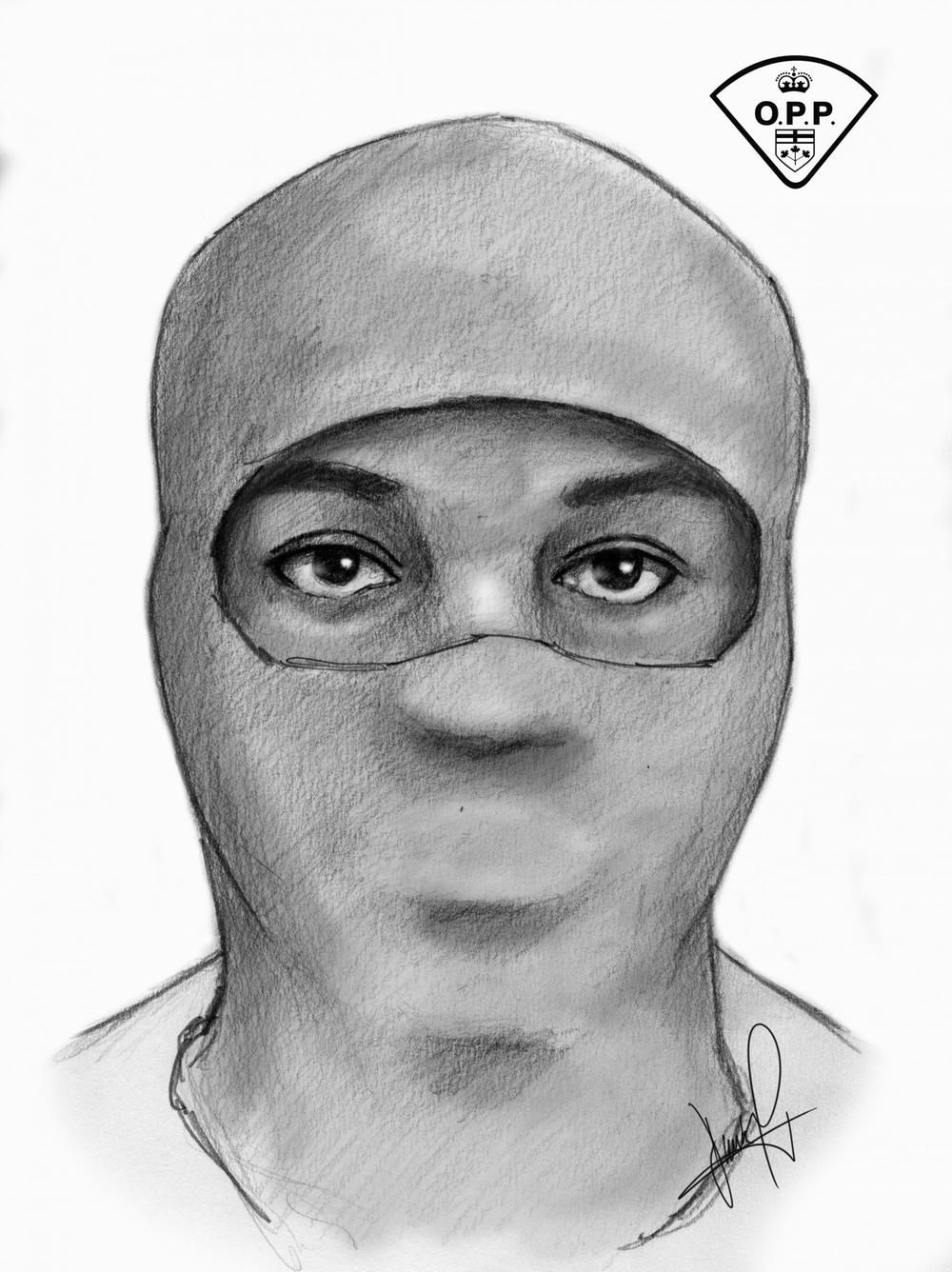 Suspect #2: The second suspect is described as approximately 5'9" tall with lighter black skin. He is stocky with skinny legs, wearing white/cream shoes with a plastic toe cap, cotton black gloves and in possession of imitation handcuffs. 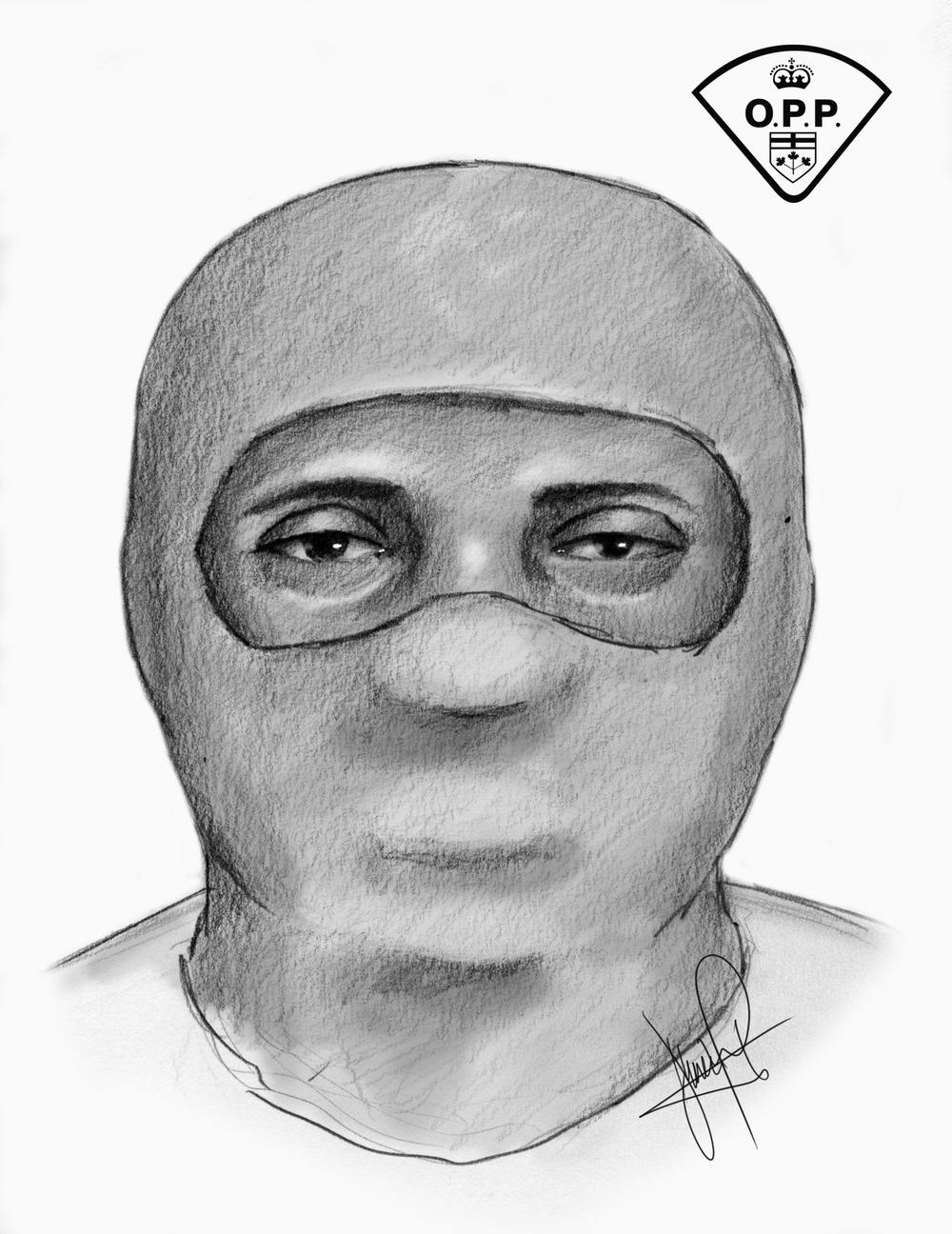 Suspect #3: The third suspect is approximately 5'9" tall, lighter coloured skin, possibly Middle Eastern and thin. It was suspected that he had a firearm in his jacket.

Elnaz HAJTAMIRI stands approximately 160 cm (5'3") tall. She is of slim build and had shoulder-length black hair until it had been cut to a shorter length before she was abducted. Elnaz emigrated from Iran to Canada less than five years ago.

A year later, the victim has yet to be located and the family and police continue to appeal for any information from the public.

Anyone with any information is asked to call the OPP non-emergency line at 1-888-310-1122. Should you wish to remain anonymous, you may call Crime Stoppers at 1-800-222-8477 (TIPS) or submit tips online at ontariocrimestoppers.ca/submit-a-tip. Members of the public are strongly urged to help share previously released social media information and photos of Elnaz HAJTAMIRI using the hashtag #BringElnazHome.

"Nothing weighs more heavily on our souls than the idea that we may never know what happened to Elnaz. We know there are people out there who have information and who may be contemplating whether to come forward. We pray that you will do the right thing and help us out of this suffering and bring justice for Elnaz."

"We ask the public to look closely at the sketches - we know someone recognizes these suspects and can provide us that one bit of information that will lead to Elnaz's whereabouts. We hope that anyone with any information will do the right thing by coming forward to police. Help us bring resolution to Elnaz's family."