The 28-year-old Grand Prairie native, who had a leading seven nominations this year, picked up the awards for Entertainer of the Year, Female Artist of the Year, Album of the Year (Masquerades) and Single of the Year (“Girl Who Didn’t Care”).

"What is happening?! I don't even know what to say," Townes said while accepting the night's top award. "Tonight has been such a dream."

Accepting her fourth consecutive Female Artist of the Year award, she recognized the “heroes who held on to this, who came before and paved a path.”

Townes also won a CCMA on Saturday night when she, Steph Jones and David Pramik were named Songwriters of the Year for her song “Girl Who Didn’t Care.” 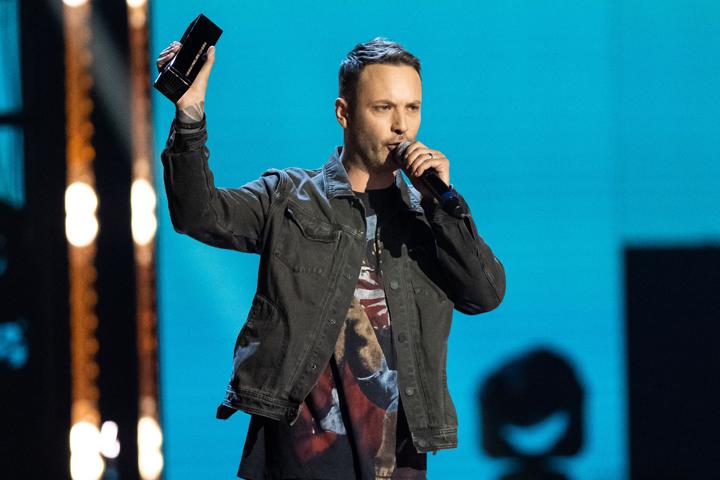 Another big winner on Sunday night was Dallas Smith, who was named Male Artist of the Year for the fourth time since 2018 and won his first ever Fans’ Choice award.

“I want to vomit. That’s kind of what’s going on in my stomach right now,” said Smith, before thanking his loyal fans.

The Reklaws were not at the show to accept their third consecutive Group of Duo of the Year award but, in a statement, dedicated the win to their mother Florence, who died in March.

Andrew Hyatt, winner of the Rising Star award, joked: “I feel like I’ve been rising for so long I should probably go see a doctor about it.”

The CCMAs, which Townes co-hosted with Blanco Brown, featured a long list of performers, including Gord Bamford, Meghan Patrick and Brett Kissel (who was joined by 98 Degrees). Bailey Zimmerman performed for the first time outside of the U.S.

Joey Moi earned the award for Record Producer of the Year for “Hide From A Broken Heart” by Dallas Smith and Ben Knechtel was named Video Director of the Year.

Among the industry awards was the Pure Country Top 50 of 2021, hosted by Shannon Ella with special guests Dustin Lynch and MacKenzie Porter, was named Country Music Program or Special of the Year.

George Fox and Randall Prescott were inducted into the CCMA Hall of Fame, as announced in June.

Check out some of the winners below:

ENTERTAINER OF THE YEAR

ALBUM OF THE YEAR

Nothing is Meaningless - Don Amero

Heart on my Glass - Meghan Patrick

SINGLE OF THE YEAR

“All Night To Figure It Out” - Jade Eagleson

“Make a Life, Not a Living” - Brett Kissel

“Over All Over Again” - James Barker Band

FEMALE ARTIST OF THE YEAR

MALE ARTIST OF THE YEAR

GROUP OR DUO OF THE YEAR

VIDEO OF THE YEAR

INTERACTIVE ARTIST OR GROUP OF THE YEAR

ALTERNATIVE COUNTRY ALBUM OF THE YEAR

Diamond in the Desert - Jason Blaine