The 59-year-old musician proudly displayed his tattooed body from the chin down – including his famously large penis.

He captioned the pic: “Ooooopppsss.” 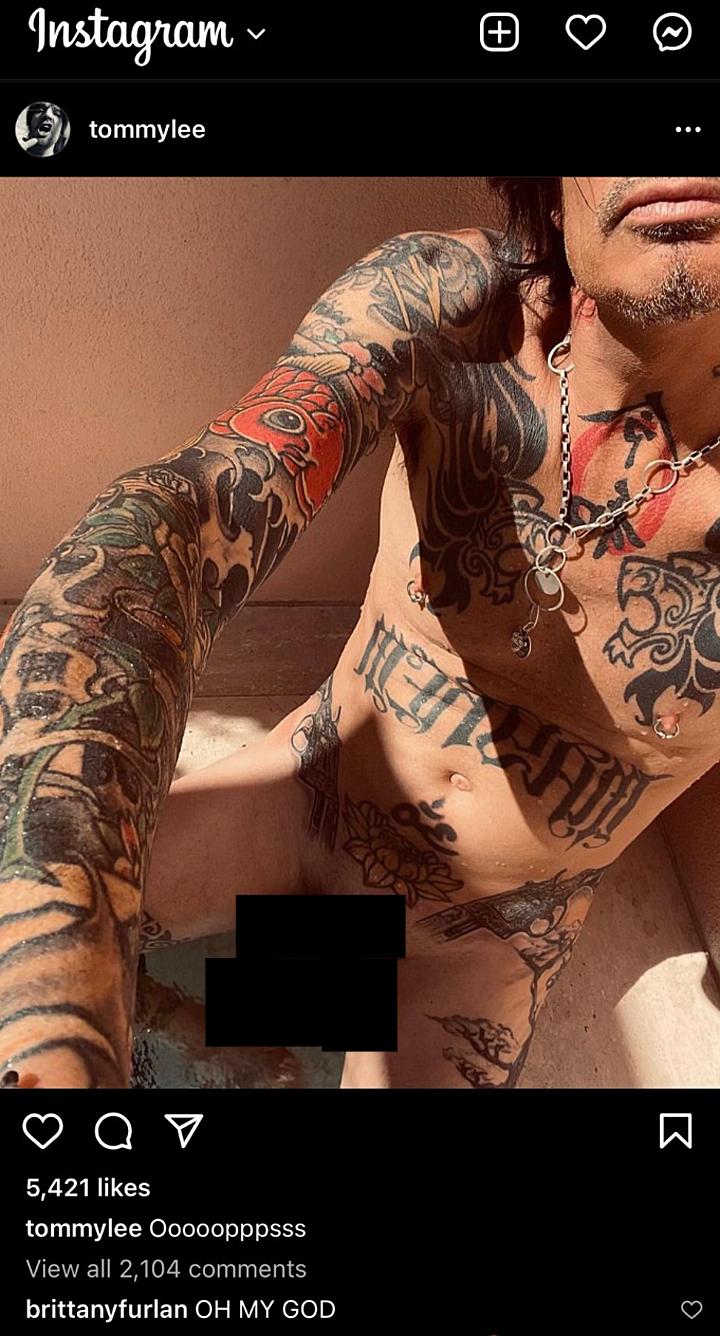 Before the post was removed, Lee’s wife Brittany Furlan commented “OH MY GOD” and his followers and friends reacted.

Of course, it was nothing we haven’t seen before. Lee’s penis made its public debut in a sex tape with then-wife Pamela Anderson that was leaked in 1995.

Lee followed up on the R-rated post with a popular meme involving an elephant and a naked man.

tommy lee getting his chopper out on IG wasn’t on the 2022 bingo card, but here we are

So no one gonna talk about what Tommy lee just posted

If I had a nickel for every time in my life the world went nuts over tommy lee's hog, I'd have two nickels. Which isn't a lot but it's weird that it's happened twice.

Listen to music from Mötley Crüe