Starting Tuesday September 8th lucky caller 10 will have a chance to prove their music knowledge by naming as many songs or artists as you can in 60 seconds!  At the end of the 5 week contest period, the person with the highest score will automatically win $1,000 and THEN have the chance to turn that into $50,000!

Contest runs weekday mornings at 7:20 and 8:20 from Tuesday September 8th to Thursday October 8th.  Grand Prize round will be played out on Friday October 9th.

Brought to you by Fredericton Toyota – Choose Happiness! 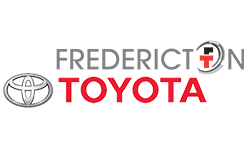