Shania Twain Opens Up About Becoming A Confident Woman

Shania Twain has opened up about her journey from hiding the woman she was becoming to becoming a confident woman with nothing to hide.

“I am celebrating escaping this horrible state of not wanting to be who I am,” the Canadian singer told The Sunday Times. “And I’m so confident. Now that I discovered that it’s OK to be a girl, I’m always looking for that place of, of, you know… The unapologetic woman is a very powerful person indeed.”

Twain recalled how she protected herself from her abusive stepfather Jerry. “I hid myself and I would flatten my boobs,” she said. “I would wear bras that were too small for me and I’d wear two, play it down until there was nothing girl about me. Make it easier to go unnoticed. Because, oh my gosh, it was terrible — you didn’t want to be a girl in my house.”

Twain also found it hard to be a girl outside the house. “You go into society and you’re a girl and you’re getting the normal other unpleasant stuff too, and that reinforces it,” she explained. “So then you think, ‘Oh I guess it’s just s**tty to be a girl. Oh, it’s so s**tty to have boobs.’ I was ashamed of being a girl.”

As she has detailed in the past, including in her 2011 memoir From This Moment, Twain fought Jerry. She was acting from anger, not courage, she said, “and it took a long time to manage that anger.

"You don’t want to be somebody that attacks me on the street because I will f**king rip your head off if I get the chance.”

“All of a sudden it was like, well, what’s your problem? You know, you’re a woman and you have this beautiful body? What was so natural for other people was so scary for me,” the singer recalled. “I felt exploited, but I didn’t have a choice now. I had to play the glamorous singer, had to wear my femininity more openly and more freely. And work out how I’m not gonna get groped, or raped by someone’s eyes, you know, and feel so degraded.”

By the time she was in her mid-20s, Twain had figured it out. “I was the kind of woman that… when I walked in the room, it’s like, don’t even get any closer,” she said. “It was clear in my body language. And I think maybe what young girls can learn too is to exude that confidence.”

Twain, now 57, went bra-less in the cover photo for her forthcoming album Queen Of Me (out Feb. 3).

“I was never an exhibitionist for the sake of, like, saying, you know, ‘Look at my tits.’ It was really me coming into myself,” she told The Sunday Times. “It was a metamorphosis of sorts.” 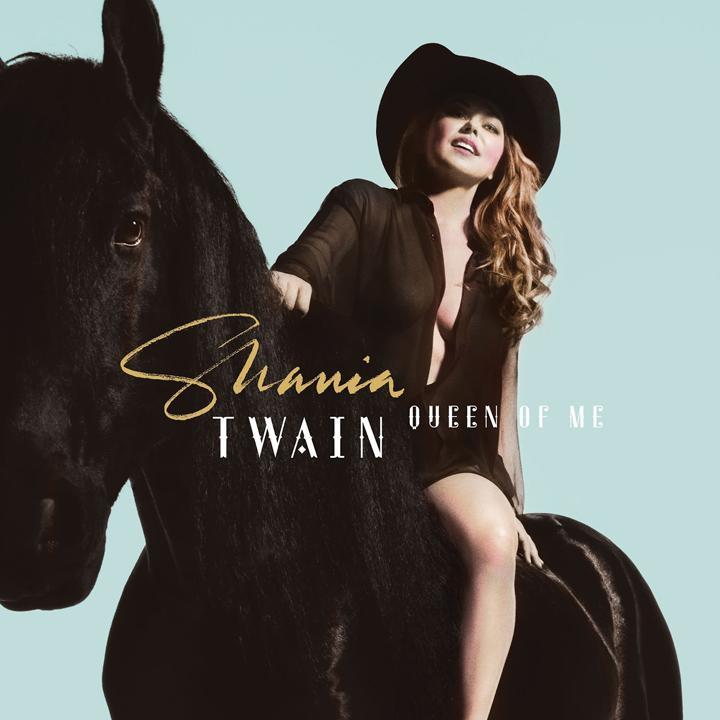 Listen to music from Shania Twain