Olivia Rodrigo came north this past weekend to celebrate Alanis Morissette at the Canadian Songwriters Hall of Fame (CSHF).

“My life was completely changed,” she said. “Alanis’ songwriting was unlike anything I had ever heard before and I haven’t heard anything quite like it since. And that voice — fierce and tender and sometimes funny and playful. I became hooked for life.”

Rodrigo praised the Ottawa native as a trailblazer and said she inspired a generation of “uncompromising, radically honest songwriting” by capturing “the anger, the grief and the love of the human experience better than anyone.”

Rodrigo met Morissette at a photo shoot last October for Rolling Stone and, earlier this year, brought her out on stage during a concert in Los Angeles to perform “You Oughta Know” together.

“Even more than your long list of musical achievements, I look up to your character and your kindness most of all … I'll carry the advice that you've given me for my whole life,” Rodrigo said. 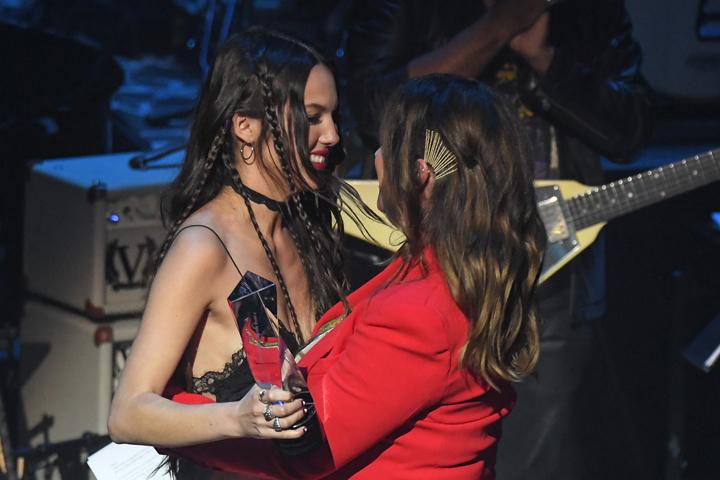 Rodrigo and Morissette have plenty in common (besides seven vowels in their names). Both started as child actors (Rodrigo starred in the Disney Channel series Bizaardvark from 2016 to 2019; Morissette was in the cast of Ottawa-made You Can’t Do That On Television in 1986-87) and both released their debut albums as teenagers (Rodrigo was 18 when Sour came out earlier this year; Morissette was 16 when Alanis was released in 1991). Both also had wildly successful breakthrough albums.

There were also pre-taped testimonials from Jann Arden, Tegan and Sara, Martin Short and her Jagged Little Pill collaborator Glen Ballard. “So many great songwriters have come out of Canada,” he said, “and you’re at the top of the list.” 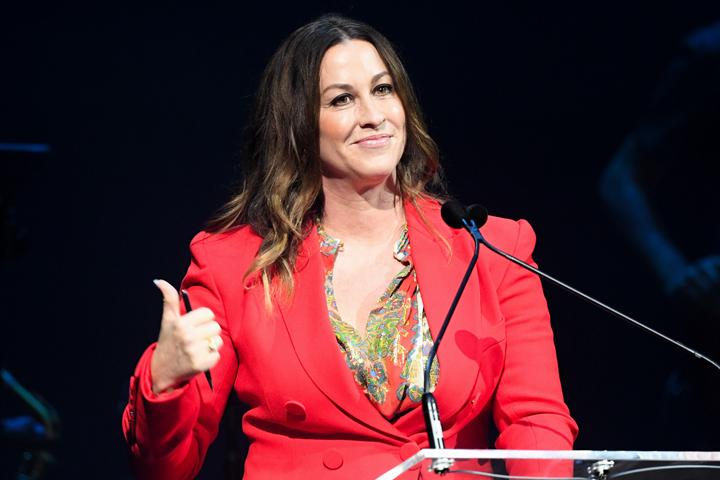 Morissette, who spoke for more than 10 minutes, reflected on her early desire to write songs and spoke about a process that is often daunting.

“The best part about songwriting for me is being in a room and feeling safe,” Morissette said, before praising Ballard and the late Tim Thorney and Lindsey Morgan.

“I am so privileged to be able to do what I do and that there were so many incredible opportunities to my left and right as I moved along,” Morissette said, “and I am so grateful for that.

“So thank you, Canada. Are you kidding me? I love you so much.”