There are many, many pillars of 90's childhoods that I'm sure you can think of. People like Alanis Morissette, Kurt Cobain, Shaq as a magic genie, you get the point. But another one that doesn't get recognized is the man, the myth, the legend himself, Neil Buchanan from Art Attack. His red shirt, mom jeans, and glorious mullet was the gold standard for creative kids getting home from school and scrambling to the TV. I actually had a habit as a kid of narrating my own art projects at home and at school, pretending to be Neil. 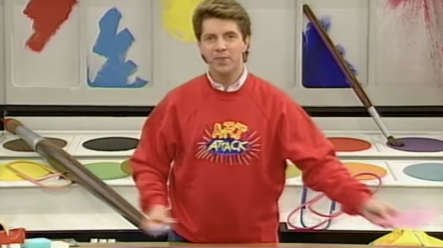 What an absolutely glorious man.

A Conspiracy is Afoot!

Neil seems to have found himself in the news for the first time in probably 15 years. Why is that? Because a rumor has spread across the internet claiming he's Banksy. If you don't know who Banksy is, he's a street artist, social critic, freedom fighter, and political activist known for his commentary on current issues via dark humor and satire using literal vandalism as his medium. And the best part about Banksy is that nobody knows who he is. Is he Alanis Morissette? Kurt Cobain? Shaq as a magic genie? No. The internet has decided it's Neil Buchanan.

However Neil was ready, willing, and able to disappoint the internet and ruin our dreams. He took to social media responding “Unfortunately we can confirm that there is no truth in the rumour whatsoever. Neil spent Lockdown with vulnerable members of his family and is now preparing to launch his new art collection in 2021." and to me, that just makes him more suspicious. This is the guy who taught me how to paper mache. This is the guy who taught me how to use PVA glue, he’s the Da Vinci of this generation, why can’t he also be the mysterious superstar freedom fighter artist? 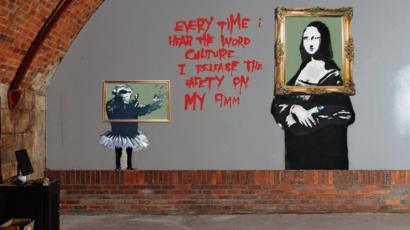 Not sure if this is an Art Attack but it's certainly a heart attack for whoever has to clean it.