This is DAY 48   of the COVID-19 pandemic.   Here’s what you need to know on    Monday, April 27, 2020   <<<<>>>  Sam Roberts kicked off Canada’s virtual benefit concert on Sunday evening. The 90 minute show – STRONGER TOGETHER – was broadcast by all major Canadian broadcasters on multiple platforms. The event was intended to help raise money for Food Banks Canada – which needs no less than $150 million to cover it’s immediate needs over a three month period.   The response by Canadians was swift…and overwhelming. So many of you logged on to donate that the Food Banks Canada website crashed…   The organization posted a message of gratitude on social media during the show and asked Canadians to donate after the concert was completed and so they could get the site back online. They’re back in business, so if done so already, you make your donation at foodbankscanada.ca   <<<>>>  This is the week most of the provinces will lay out plans to re-open their economies. And those plans will vary from region to region.   Saskatchewan and New Brunswick unveiled plans to ease restrictions last week. Today, we heard from Quebec and Ontario.   Quebec Premier Francois Legault announced that primary schools will resume classes next week.   <<>>    Tomorrow, Legault says he will be outlining which business will be re-opening and over what period of time.   In Ontario, Premier Doug Ford presented what he called a Road Map to re-opening. Ford insisted that the transition would be slow in the name of safety saying Ontario’s 3 stage plan outlines how the province will re-open not when it will re-open. <<<>>>  Ontario’s Finance Minister Rod Phillips says each of the three stages could take 2-4 weeks. <<<>>>  The First stage would allow select workplaces to open, some outdoor spaces like parks to re-open. It would allow for some small gatherings – like funerals.   And Health Minister Christine Elliott says stage one of the plan includes rescheduling some of the elective surgeries that were cancelled when the pandemic was declared.   <<<>>>    That backlog in cases is significant when you consider the number of cases that were put on hold right across the country. And as CTV Avis Favro reports, just because a surgery is considered elective doesn’t mean it isn’t serious.   <<>>    Prime Minister Justin Trudeau says thousands of businesses have already applied for the wage subsidy. The first payments to cover of 75 per cent of the first $58,700 of an employee’s salary will arrive to businesses by May 7, if they’ve signed up for direct deposit.   New York has been one of, if not THE hardest hit region in the United States. Today, Gov. Andrew Cuomo says certain parts of the state where the outbreak of the coronavirus is under control may be able to reopen on May 15.   New Zealand began its phased exit from the lockdown measures on Monday.   And after six weeks of being locked up at home, kids in Spain are allowed to play outside.   UK Prime Minister Boris Johnson was back at work today, after recovering from his bout of COVID-19. Johnson briefed the media from 10 Downing <<<>>>    But the COVID-19 White House briefing was canceled midday on Monday. It had been scheduled for 5pm. The cancellation comes after President Donald Trump took criticism follow last Thursday’s briefing. The president suggested that injecting or ingesting disinfectant could cure COVID-19 in minutes.           IF YOU HAVE A STORY ABOUT YOUR EXPERIENCE YOU WANT TO SHARE…send me an email. DAVE@DAVETRAFFORD.COM or connect with me on TWITTER @DaveTrafford.   If you want more information about the stories we covered today….check out the show notes for this episode…I’ve included links for you to dig deeper. <<<<<>>>>>>    That’ll do it for this episode of the COVID-19 Daily Podcast for Monday, April 27, 2020 DAY 48 OF THE PANDEMIC   Be sure to subscribe to the show wherever you get your podcasts…And I’ll be back tomorrow.   We’ll leave you with the finale from STRONGER TOGETHER – it was a star studded cover version of Bill Wither’s classic LEAN ON ME –   Thanks for joining us.. I’m DT.   DISCLAIMER: THE VIEWPOINTS EXPRESSED IN THIS PODCAST REPRESENT THE OPINIONS OF THE HOST AND PARTICIPANTS AS OF THE DATE OF PUBLICATION AND ARE NOT INTENDED TO BE A SUBSTITUTE FOR MEDICAL ADVICE AND BEST PRACTICES BY LEADING MEDICAL AUTHORITIES AS THE INFORMATION SURROUNDING THE CURRENT CORONAVIRUS PANDEMIC IS CONSTANTLY EVOLVING. 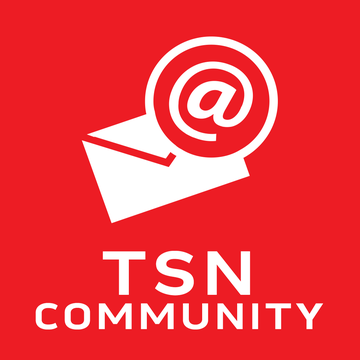 You could win tickets, cash, vacations, and much more!