Joe Exotic is back and being locked up isn’t stopping him from making bank off of his brand! Dude has put out an underwear line that not only sold out within hours but scored him a cool $50,000 in sales…damn! The least surprising part is, the name of this collection is called “REVENGE” and may or may not have subtle shade thrown at Carole Baskin throughout it. Example…apparently the bestselling pair of ginch was the "Casket Baskin” which is an ice cream cone resembling of Baskin-Robbins with blood red ice cream… super weird but very on brand for Joe Exotic and his hate for Carole. There’s also a pair with his face on the uh…. well, you know. Oh and let’s not forget the other part of marketing…advertising. There are billboards up around Mexico right now promoting this new “REVENGE” underoo collection. Either way, this is the most on brand 2020 thing that has graced us with. 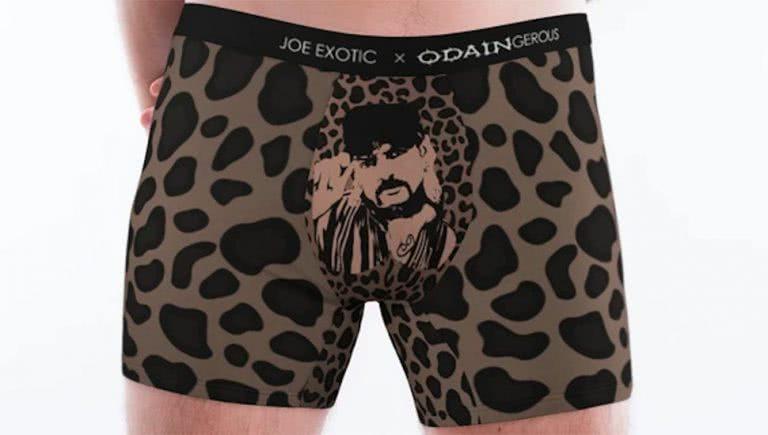