Machine Gun Kelly said Drake agreed to be in his new movie Good Mourning – but getting him to the set would have blown the budget.

“He was in Toronto and he was like, ‘If you send a jet we can get there on time,’ and we were like, ‘ahh but this isn’t a Marvel movie budget.’ We would have to spend the whole movie budget on this jet,” MGK recalled.

The Canadian rap star was down to play himself in the stoner comedy but the two sides struggled to coordinate schedules.

“When you shoot a movie every day is planned, and so we had it where, ‘Oh Drake could come this day this is what it’s gonna be,’ and the house owner couldn’t let up their house for that night,” MGK explained, “and it had to be at this place because we were very like set on every location that we found.”

Good Mourning, which was co-written and co-directed by MGK and Mod Sun, features a fake Drake instead. In the scene, Zach Villa’s character notes: “I don’t think that’s Drake.” 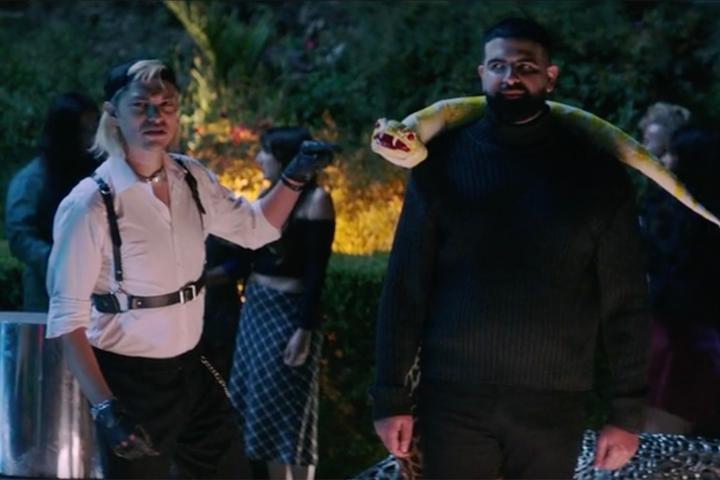 Drake, who starred as Jimmy Brooks on Degrassi: The Next Generation, made a cameo as himself in the 2011 Toronto-shot film Breakaway.