These acts join previously-announced headliner Rage Against the Machine on a long list of performers.

In addition to Morissette on July 13, Canada is well represented at the festival by the likes of Dallas Smith, Bleu Jeans Bleu, Patrick Watson and Bobby Bazini.

The 53rd edition of the FEQ runs from July 9 to 19 and boasts more than 200 shows at venues around Quebec City. The big shows take place on the Bell Stage at the historic Plains of Abraham. 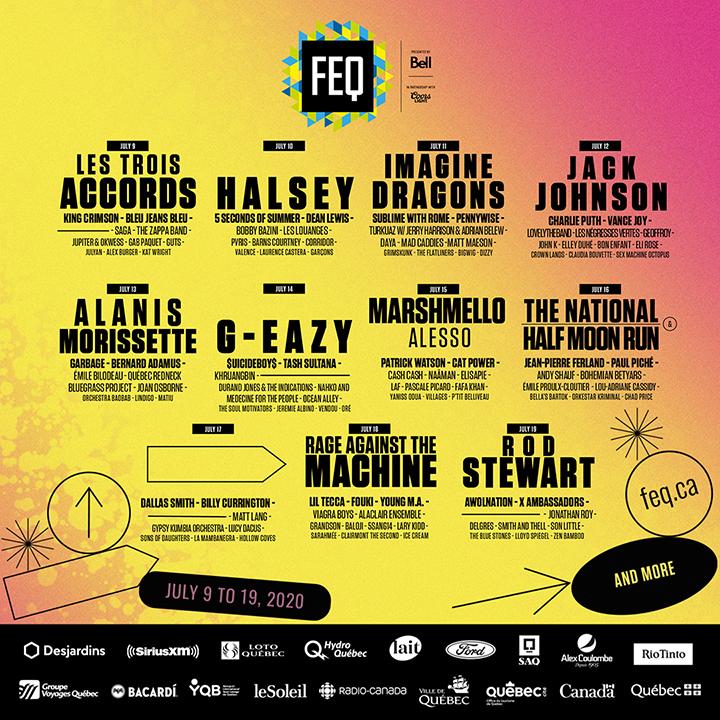 The FEQ is presented by Bell, parent company of this website.