The Internet Mocks McDonald's name of the McPlant Burger

McDonalds announced earlier this week that it will have it’s own plant-based alternative products calling them the “McPlant” line expected out in 2021.

McDonald’s said that under it’s McPlant line they could offer products including burgers, chicken substitutes and breakfast sandwiches which they plan to test in some markets.

So many good tweets. Went far down the rabbit hole reading them all today. I also learned that in the 60’s McDonalds actually introduced a meatless burger in the states called the Hula burger which was a grilled piece of pineapple on a bun with cheese. 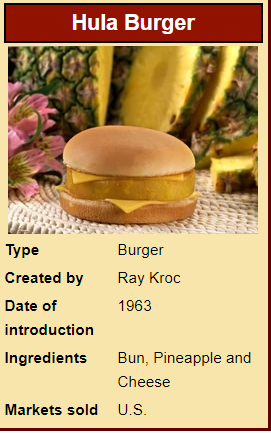