Rapper and actor DMX was taken off life support on Friday, one week after he collapsed at home. He was 50.

DMX, whose real name was Earl Simmons, was rushed to a hospital in White Plains, New York late on April 2 after an apparent drug overdose that triggered a heart attack.

His family said in a statement that they were at his side in his final moments. "Earl was a warrior who fought till the very end. He loved his family with all of his heart and we cherish the times we spent with him," it read. "Earl's music inspired countless fans across the world and his iconic legacy will live on forever.

"We appreciate all of the love and support during this incredibly difficult time. Please respect our privacy as we grieve the loss of our brother, father, uncle and the man the world knew as DMX. We will share information about his memorial service once details are finalized."

Fans and famous friends have started paying tribute to DMX on social media.

"My childhood and love for music would not have been the same without this man," shared SNL cast member Chris Redd. "DMX was easily my favourite artist growing up. I had every album, every ruff Ryder song, followed any artist he endorsed. Man....RIP the dog. There will never be another like him."

RIP DMX. No one radiated more agony, pain, and atomic energy. The Cerberus from Yonkers, who suffered for all of our sins and his own. Maybe the rawest rapper of all-time, no pretense or frills, just pure adrenaline, lawless genius, and reckless abandon. The struggle incarnate. pic.twitter.com/P80t1GQHEa

I’m devastated to wake up to the death of DMX. I grew up listening to him, his words and stories got me through some difficult times as a kid and I’m so grateful for his wisdom and light. Gone too soon but I hope on to a more peaceful place. Rest in peace DMX pic.twitter.com/yu6lWmqWfe

I'm so saddened by the loss of a beautiful soul, DMX! I remember when we recorded together, he and his wife had a room full of roses and a beautiful necklace waiting for me. And he was always so sweet! Sending my love and prayers to all of his family and loved ones! ❤

RIP DMX. What a raw, transparent, authentic, and unique artist. One in a million.

Only days before he was hospitalized, DMX was seen in a video clip grooving to The Jacksons’ 1980 song “This Place Hotel” while driving with fiancée Desiree Lindstrom and their 4-year-old son Exodus.

Born in Mount Vernon – about 30 minutes north of Manhattan – DMX had a traumatic childhood that included physical abuse by his mother, asthma and a crack cocaine habit that started at 14.

His long criminal record includes arrests for drug possession, resisting arrest, animal cruelty, reckless driving and identity falsification. He served at least nine prison sentences between 1986 and 2015 and was released from prison in January 2019 after serving one year for tax fraud. 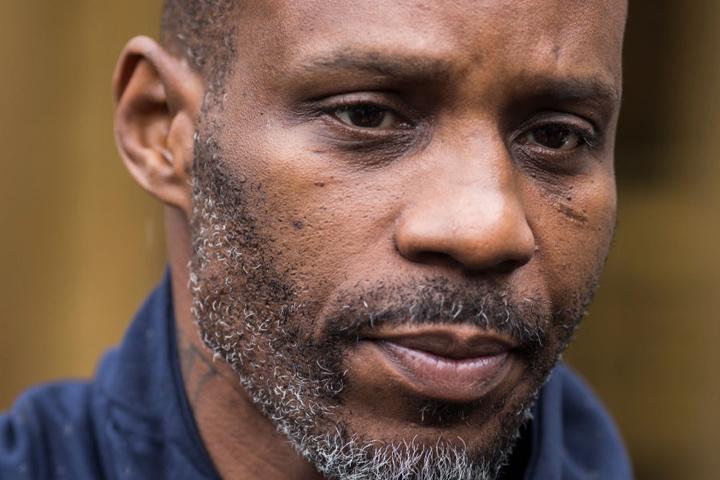 DMX released his debut album It’s Dark and Hell Is Hot in 1998 and followed with seven more studio albums up until 2015. His most successful single was 2000’s “Party Up (Up in Here)."

In a 2001 interview with MTV, he said his lyrics are poetry. "I know it’s poetry because the more you listen to it, the more you get out of it," he said.

According to Music Canada, four DMX albums were certified Platinum in Canada and one achieved Gold status.

DMX also collaborated more than once with Ja Rule, Faith Evans and Swizz Beatz and was featured on tracks by artists like Jay-Z and Aaliyah.

"DMX was a brilliant artist and an inspiration to millions," read a statement from his former label, Def Jam. "His message of triumph over struggle, his search for the light out of darkness, his pursuit of truth and grace brought us closer to our own humanity."

On screen, DMX had roles in several forgettable movies that went directly to home video but he also starred in the 1999 Vancouver-shot flick Romeo Must Die and 2000’s made-in-Toronto movie Exit Wounds.

Actor Tom Arnold tweeted: "I spent 3 months with DMX filming Exit Wounds. My trailer was between X’s & Steven Seagal’s. Everyday something crazy/funny happened whether it was X bringing dogs he adopted on the way to the set or his beloved RC cars which he played with constantly. He was a sweet man."

DMX's life was chronicled in the 2003 memoir E.A.R.L.: The Autobiography of DMX, written with music journalist Smokey D. Fontaine.

In addition to his son with Lindstrom, DMX has 14 other children with various women, including four with ex-wife Tashera Simmons. He is also survived by his mother Arnett Simmons.

Listen to music from DMX