Canada Post has delivered on its promise to celebrate the 50th anniversary of the JUNO Awards by issuing a commemorative stamp.

The stamp features an image of the redesigned golden JUNO statuette that replaces the crystal tower that has been handed out since 2011.

“Our new golden statuette will stand proud on the limited edition stamp and we can’t wait for music lovers across the country to get their hands on one,” said Allan Reid, president and CEO of CARAS and the JUNO Awards, in a release.

Reid said the collaboration with Canada Post “allows us to celebrate Canada and our nation’s renowned musical talent.”

The stamp was designed by Montreal's Paprika with an illustration by Toronto-based artist Amanda Arlotta.

In 2019, a set of Leonard Cohen stamps was issued to mark what would have been the singer-songwriter’s 85th birthday.

The first JUNO Awards ceremony – then called the Gold Leaf Awards – was held in 1970. No awards were handed out in 1988.

The 50th JUNO Awards will be broadcast on May 16. Nominations were announced in March. 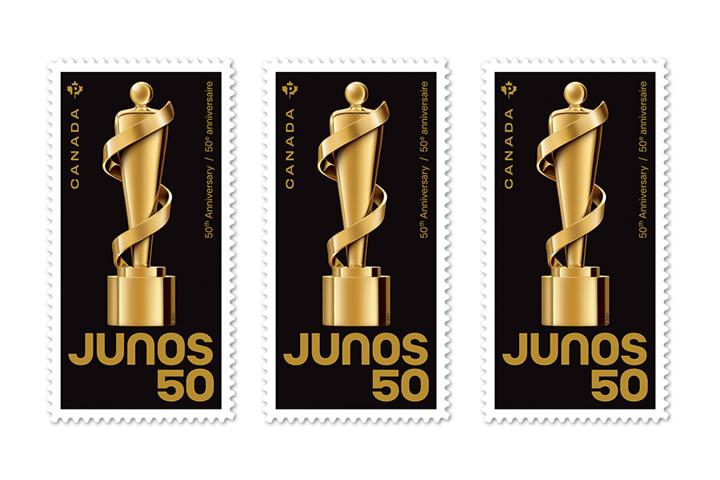 Listen to music from JUNO nominees