Jann Arden announced Tuesday her third memoir, If I Knew Then, will be published in October.

Described as “funny, heartfelt and fierce,” the book is subtitled Finding Wisdom in Failure and Power in Aging.

“What I'm thinking about now aren't all the ways I can try to hang on to my youth or all the seconds ticking by in some kind of morbid countdown to death,” Arden, 57, wrote, “but rather how I keep becoming someone I always hoped I could be.

“If I'm lucky one day a very old face will look back at me from the mirror, a face I once shied away from. I will love that old woman ferociously, because she has finally figured out how to live a life of purpose – not in spite of but because of all her mistakes and failures.” 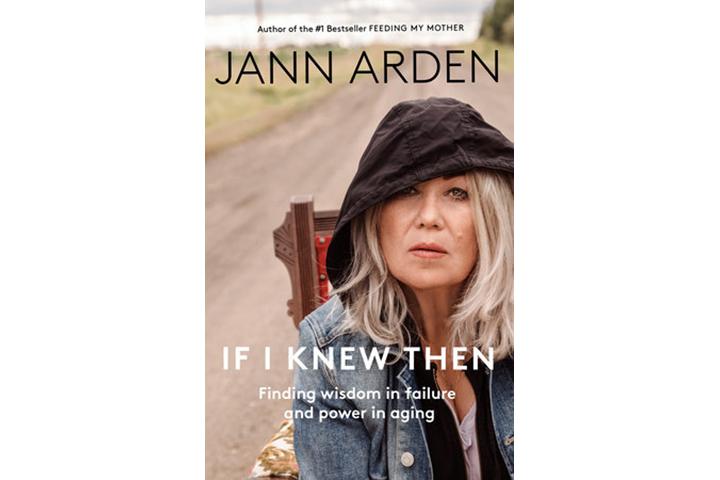 If I Knew Then follows Arden’s best-selling 2017 book Feeding My Mother, which focused on her experiences caring for a parent living with Alzheimer’s, and 2011’s Falling Backwards.

Next month, Arden will be inducted into the Canadian Music Hall of Fame before heading out on an 18-city cross-Canada tour that runs until June 18. Her new album Hits & Other Gems, featuring two previously unreleased songs, comes out May 1.

Of course, there is also The Jann Arden Podcast, available on iHeartRadio Canada, and the forthcoming second season of her comedy series Jann on CTV.

In December, Arden told iHeartRadio.ca about keeping busy. “The whole reason I went into the arts is that I really didn’t want to work. I wanted to have fun with my pals, I wanted to meet new people, I wanted to travel and make things that made people happy,” she explained. “So that’s what I’ve been doing the last 30 years.”