Who Won What At 2019 MTV Europe Music Awards

Shawn Mendes was voted Best Artist at the 2019 MTV Europe Music Awards, which were handed out Sunday in Seville, Spain.

The 21-year-old Canadian singer, who is currently on tour in Australia, accepted the award in a pre-recorded video message. He thanked fans for voting and added: “I love you so much, always.”

Mendes previously won Best Artist at the EMAs in 2017.

After being voted Best Canadian Act every year since 2016, Mendes lost to fellow Ontario singer Johnny Orlando (who was among the foreign artists paraded on stage during the broadcast).

Mendes also lost in the other four categories in which he was nominated. Best Pop went to Halsey and Biggest Fans was awarded to BTS. Señorita,” his collaboration with Camila Cabello lost both Best Song (to “Bad Guy” by Billie Eilish) and Best Collaboration (to “Con Altura” by Rosalía and J Balvin ft. El Guincho).

Orlando returned to the stage in the show's final moments to co-present the award for Best Video. Winner Taylor Swift (for "ME!" featuring Brendon Urie) accepted via a pre-taped video message in which she thanked Urie and director Dave Meyers. Swift, who also won Best U.S. Act, also credited fans for voting for her. "You make my life so, so much fun," she said. 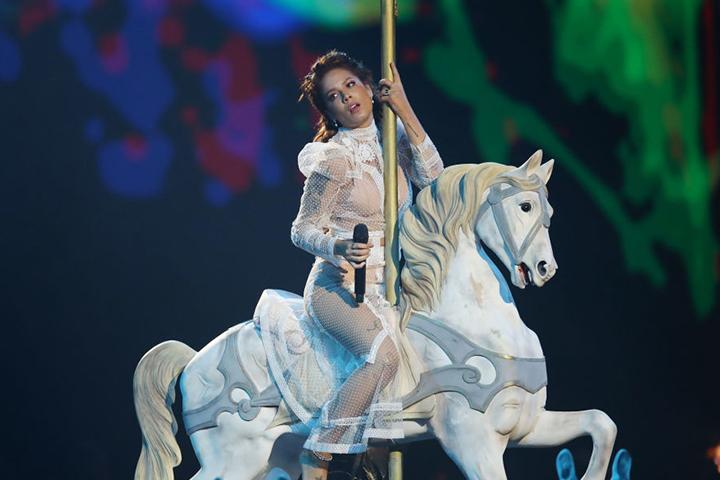 Sunday’s first winner was Halsey, who picked up Best Pop. “I feel so lucky to be making pop music in a time where pop music is so special,” she said, “where it’s so many genres all blended together.”

The EMA for Best Hip Hop went to Nicki Minaj and Best New was awarded to Eilish. Both accepted via video messages.

Of course, it was all about the performances.

The show opened with Dua Lipa performing her new single “Don’t Start Now.” Then Mabel – who was born in Spain – took the stage to do her hit “Don’t Call Me.”

Niall Horan strapped a guitar on for a performance of “Nice To Meet Ya” that ended with a seductive close-up. 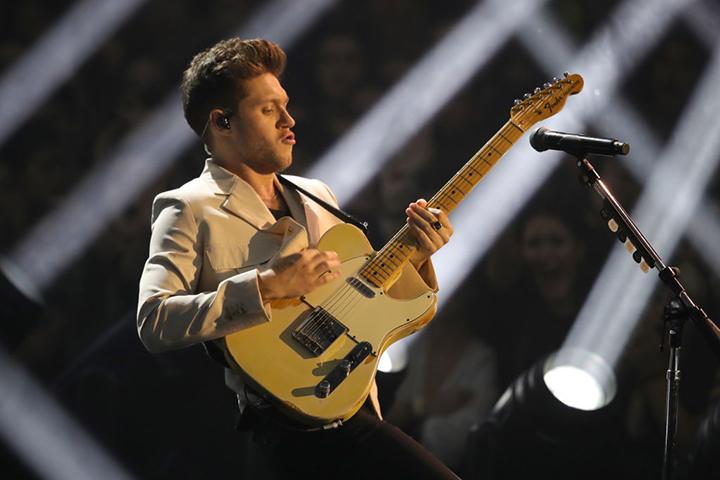 Halsey gave a colourful and fiery performance of “Graveyard” and Ava Max took the stage to do “Sweet but Psycho.” K-pop group NCT 127 had a blast with “Highway to Heaven.”

The EMAs honoured Liam Gallagher with the first ever Rock Icon award, presented by Halsey.

“I want to congratulate MTV for recognizing my brilliance,” Gallagher said. “Thanks for the award. I’ll wear it well.” The former Oasis singer returned to the stage to close the show with his song "Once" and the Oasis classic "Wonderwall." 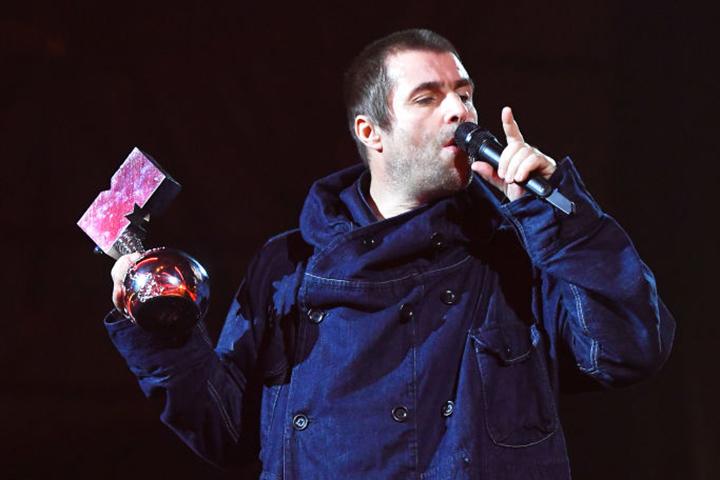 The MTV EMAs, hosted by Becky G, will be broadcast on MTV Canada on Sunday at 9 pm EST.

Check out all the winners below:

Ariana Grande - "thank u, next"

Taylor Swift ft. Brendon Urie of Panic! At The Disco - "ME!" WINNER

Mark Ronson, Miley Cyrus - "Nothing Breaks Like a Heart"

The Chainsmokers, Bebe Rexha - "Call You Mine"

MTV Canada is part of Bell Media, parent company of this website.