Join Inside out for the 31st annual Inside Out Toronto 2SLGBTQ+ Film Festival, championing innovative 2SLGBTQ+ filmmakers from across the globe, has revealed its full film lineup debuting on the Inside Out streaming platform that will showcase 143 films including 33 feature films and 5 episodic series.

For all films in Premieres, the films will be available at a specific indicated date and time,  and available to ticket and passholders on demand afterwards. The entire ‘Spotlight On Canada’ section of the festival will also be available for free to audiences in Ontario through the festival’s platform.

The 31st edition of Inside Out Toronto is bookended with two very special films, both shot during the pandemic that reflect our longing for connection during this topsy turvy time. Inside Out Toronto strives to accurately represent a community in flux, a community in turmoil, and a community with resilience, featuring finger on the pulse documentaries and narratives, curated alongside fantastical love stories that remind us of the before, and hopefully, the after times.

Inside Out Toronto, in addition to being a resource for 2SLGBTQ+ filmmakers and showcasing their work through the annual festival, is one the world’s leading 2SLGBTQ+ film organizations, founded the world’s only 2SLGBTQ+ Feature Finance Forum, and has launched two film funds within the past few years – RE:Focus, which supports queer and trans women and non-binary filmmakers, and the OUTtv Outspoken Documentary Fund.

Following the success from the 2020 festival, the highly popular “Pitch, Please!” pitch competition at Inside Out will take place again virtually on June 5th at 2:00PM during the festival. The annual short film pitch competition sees competitors from across the globe present a short two-minute pitch to a virtual jury and audience, with one winner taking home a cash prize. As well, award winners for the main film categories will be revealed on opening weekend, giving audiences the opportunity to view the winning films throughout the entire festival. The winners of the Pitch, Please! Competition, as well as audience award winners, will be announced on June 6th.

Support the festival. Get the perks. Renew your membership or join today! 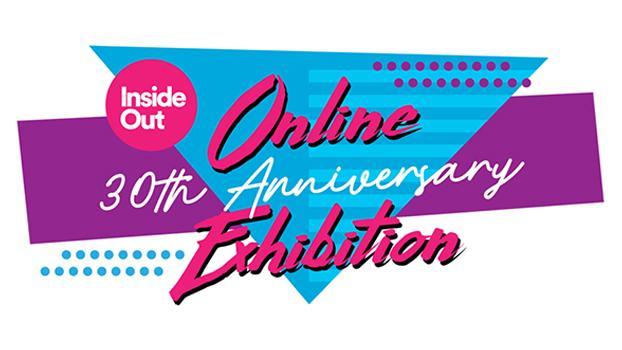 In anticipation of the 30th Anniversary of Inside Out, they dug through their archives, getting lost in the three decades of queer ephemera that’s been filed and stored in bankers boxes. Coming to you digitally with an online exhibition built from materials pulled directly from our archives.