The Town of Essex has released a statement on behalf of its integrity commissioner following controversy surrounding a series of social media posts by Councillor Chris Vander Doelen that have been called racist.

The statement reads that "The Integrity Commissioner has already received more than 50 emailed complaints regarding the statements made on social media by Councillor Vander Doelen."

It goes on to say that only one complainant is required to complete a sworn affidavit, as required under the town's Code of Conduct for Members of Council and Local Boards.

As a result, the Integrity Commissioner has informed all other complainants that their submissions as sent by email will also be accepted as formal complaints and be considered as part of the investigation.

The Integrity Commissioner also noted that he would be reporting his findings and recommendation(s) to council as soon as possible and is tentatively scheduled to appear at the May 17 meeting.

Under the Municipal Act, the Integrity Commissioner's powers include recommending a suspension of council pay for up to 90 days or a formal council reprimand. 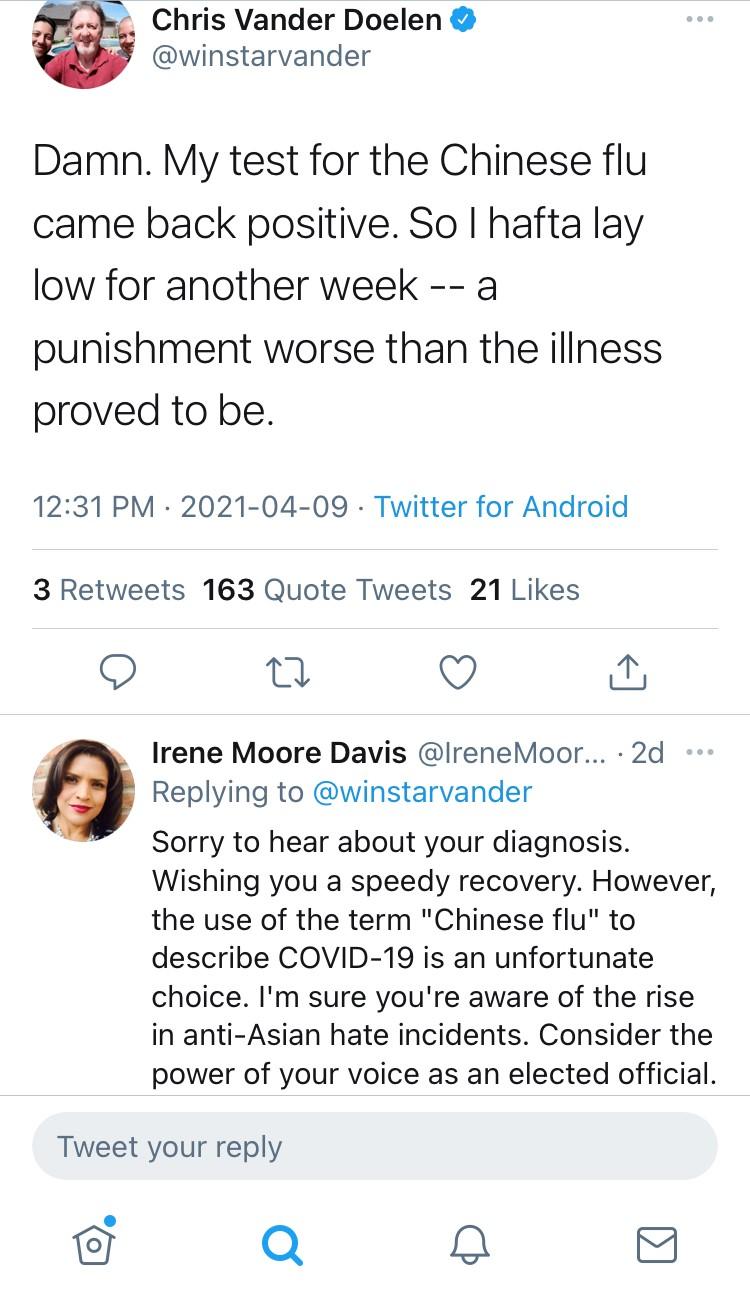 A Twitter post by Vander Doelen on Friday announcing that he had contracted COVID-19 said "Damn. My test for the Chinese flu came back positive. So I have to lay low for another week - a punishment worse than the illness proved to be."

A statement for Essex MP Chris Lewis sent late on Monday evening read "Divisive rhetoric is never helpful or appropriate, especially in our current situation and especially from public officials."

Check out the latest songs