Les McKeown, former frontman for Scottish pop-rock group Bay City Rollers has died, it was announced Thursday. He was 65.

“It is with profound sadness that we announce the death of our lovely husband and father Leslie Richard McKeown,” read a message from the singer’s family on social media.

No cause of death was immediately disclosed but McKeown’s family said he “died suddenly at home on Tuesday.”

Bay City Rollers were enormously popular in Canada in the 1970s thanks to hits like “Saturday Night” and “Keep On Dancing.” In the summer of 1976, an estimated 65,000 fans packed Toronto’s Nathan Phillips Square to catch a glimpse of McKeown and his bandmates. Police pulled the plug after more than 400 female fans fainted.

McKeown joined the Rollers in 1973 and recorded eight albums before leaving the group in 1978. He released several solo albums up until 2016’s The Lost Songs and occasionally reunited with former bandmates for live shows.

"We are saddened by the news of Leslie McKeown’s death," reads a message on the Bay City Rollers Facebook page. "Our thoughts and prayers are with his wife Peko and his son Jubei, their family and friends. Rest In Peace, Leslie." 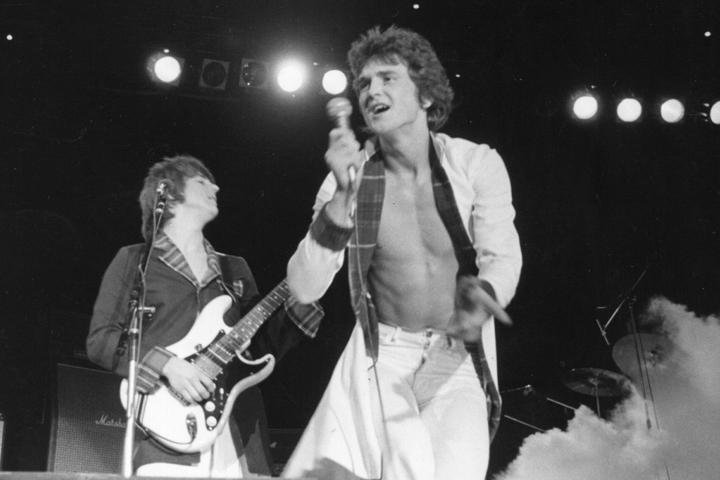 In his 2003 memoir Shang-a-lang: Life as an International Pop Idol, McKeown wrote about years of drug abuse – including cocaine, heroin and pills – before, during and after his time in the band. He was arrested in 2005 on drug charges as part of a wider investigation into cocaine trafficking. He was later acquitted.

In 2009, McKeown confessed to having had a series of trysts with men while married to his wife, leading to a brief separation.

McKeown is survived by wife Peko Keiko and son Jubei.

Check out the latest songs