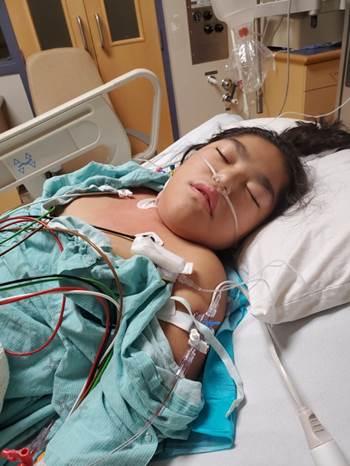 When Janessa was 5, she started having high fevers and recurring urinary tract infections (UTIs). Every 2 months for a year, Janessa’s mom, Brenda, would seek help from the local nursing station in Pukatawagan. But as the UTI’s worsened, so did Janessa’s pain. As a result, the family packed up and drove 210 km’s from Pukatawagan to The Pas. There, she was provided with medication and referred to the Children’s Hospital in Winnipeg.

The doctors told the family that Janessa’s kidneys weren’t functioning properly. One was small and the other was diseased, causing urine to back up in the kidneys resulting in the UTI’s. A surgical procedure was conducted to insert a gel pack which would prevent further kidney back-up. The UTI’s stopped, but Janessa’s health continued to decline. The family took trains and airplanes every 3 months from Pukatawagan to Winnipeg so that Janessa could receive her check-ups. 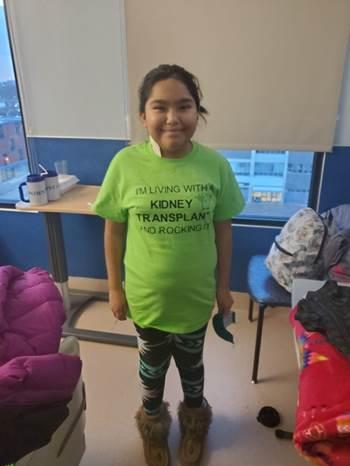 By the age of 7, Janessa had been diagnosed with Stage 3 kidney disease – but remained stable enough for several years to enjoy activities like ice fishing and snowmobiling. One weekend after spending time outside, Janessa developed a high fever. Her mom considered it to be a result of the cold, but then the vomiting started and would not stop.

Janessa had reached Stage 4 kidney disease with 25% function, continuing to decline. She made it home briefly to spend time with her new baby sister, but within a few months, had developed anemia and renal failure seizures. At that point, the family packed up and moved to Winnipeg in order to be closer to the Children’s Hospital.

A kidney transplant had been targeted as a next step. Janessa was to join a transplant list, but the COVID-19 pandemic had slowed down the process for required testing. By November, she had finally been considered and underwent a successful surgery in December of 2020. 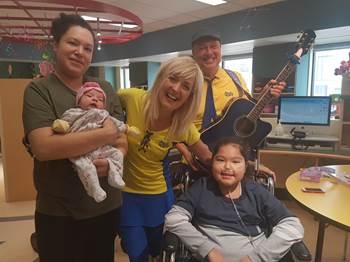 Janessa continues to visit the Children’s Hospital once a week for kidney check-ups. The family hopes that soon they’ll be approved to move back home, where Janessa can spend time with her siblings and get back to the outdoor activities she loves.

Donations to the Children’s Hospital Foundation of Manitoba through the ‘Caring For Kids’ program can help to ensure quality care continues for kids like Janessa.

Click here to make the difference. Throughout the month of May, $1 from every donation up to $1,000 will be matched by Wallace + Wallace.

To learn more about how you can help the Children's Hospital Foundation of Manitoba, visit their website.