A nice showing for Walkerville Brewery at the 2022 Canadian Brewing Awards (CBA) held in Calgary, Alberta this past weekend. (Saturday, May 14)

They took home two silver medals, one for Geronimo IPA in the English-Style India Pale Ale Category and Russian Imperial in the Imperial Stout Category.

Beer submissions came from breweries all over the country, in 58 style categories, and these proudly Windsor brewed craft beers managed to win over the judges and take on national recognition.

Partner at the brewery, Ian Gourlay, says it was another great result for Walkerville. 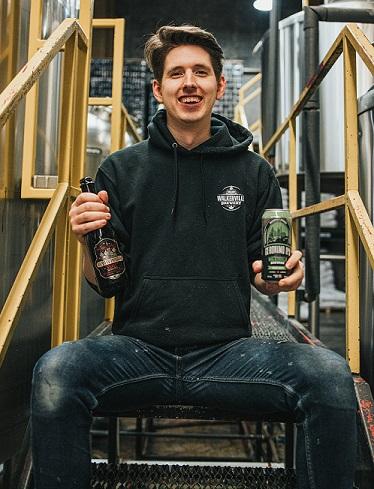 Gourlay says the two beers have been around for a while, and these aren't the first awards that they've brought home.

"Geronimo is an English style IPA, it's got a bitterness to it, but easy drinking. The Imperial Stout however is a big bold beer. What you're gonna get there is lots of coffee and espresso, but again, deceptively easy drinking."

He says it's been a difficult couple of years for the industry, whether in brewing or for bars and restaurants, but it looks like things are starting to turn a corner.

"We're seeing our patio open up at the end of the week, we're seeing customers coming back into the brewery to have a beer or buy some cans or bottles, that's really good for us to see that happening," he shared. "So I'm optimistic that things are moving in the right direction."

These 2022 CBA medals would be the 3rd win for Geronimo IPA and 2nd for Russian Imperial.

More information on the 2022 Canadian Brewing Awards can be found on their website.