Aaron Carter has brought his very public drama to Canada.

The 31-year-old pop singer, who has for weeks been simultaneously begging for privacy while tweeting about his personal issues, has flooded his social media with bizarre claims since arriving Friday in Halifax for a club appearance.

Carter’s northern exposure began Friday when he tweeted a photo supposedly from inside Halifax airport in which he is wearing orange sweatpants, and captioned it “they literally got me held up at customs wow.”

The goal was to make his followers believe he was being detained and wearing one of the orange jumpsuits that are common in U.S. correctional facilities.

“I’ll get out but seriously y’all gotta put me in a f**king orange jail suit and take all my jewelry away … Can’t take my phone though lol.”

Canada Border Services Agency does not put arriving passengers in an “orange jail suit” during screening (and it can, in fact, take phones).

On Saturday, Carter tweeted: “So I’m about to get a rental car and drive a few hours to go see my new home. I’m move fast. My Brother in law Mike lives here and my niece Alyssa so I have family here and Nova Scotia is one of my FAVORITE PLACES IN THE WORLd! Plus it makes for shorter flights for Europe tour.”

(Carter is referring to Mike Ashton, the husband of Leslie Carter, who died of a drug overdose in 2012, and their daughter Alyssa, now 8.)

He later tweeted: “I absolutely love my new peace of mind here. I’m very happy and have found solidarity, solitude and peace where I can’t be found and have my privacy make my music and enjoy a healthy long prosperous life.”

Carter claimed “I already purchased my home” in Nova Scotia and promised to share pictures of “the outside of my house” – but pleaded “just let me live my private life in private.”

He added: “At this time I ask you all to respect that I need a change of scenery for my life and I can enjoy my accolades in solidarity whilst maintaining my career and making music 24/7.”

Carter repeated in another tweet: “I already purchased a home in Nova Scotia.” He also insisted: "I am moving to Canada.”

Carter claimed he bought the private Kaulbach Island, about 70 km from Halifax, for $7 million. “I put $1.5 million down to get away from the drama and make my music,” he tweeted.

“Good luck finding me. These waters get cold.”

Not surprisingly, Kaulbach Island remains for sale at the list price of $5.5 million. (A rep for realtor Mariana Cowan laughed when iHeartRadio.ca asked if Carter bought the property. "It's still for sale," she said.) The home shown in the photo Carter shared on Twitter is not on the island.

UPDATE: On Monday afternoon, Carter changed his tune and claimed on Instagram to have bought a different house.

“I just Purchased my first ESTATE ITS A F**KING CASTLE,” he captioned a photo showing him standing in front of a home at 24 Sprucewood Drive in Yarmouth, NS with local realtor Mike Randall. “It’s 9,000 square feet and 8 bedrooms a REC ROOM, THOT TUB, a STUDY a fire place in every room. It comes with free maple syrup 4Life maple on tap.”

"I can’t wait to renovate and get started," Carter said in a separate post. "I’m here to stay."

On Sunday, Carter announced that he was “super duper high on a mountain in Halifax in a @motel6 I’m living here for the time being before I transition to Canada permently.”

There is no Motel 6 in Nova Scotia. (Most of Carter's recent social media images were snapped at the Comfort Inn in Yarmouth.) 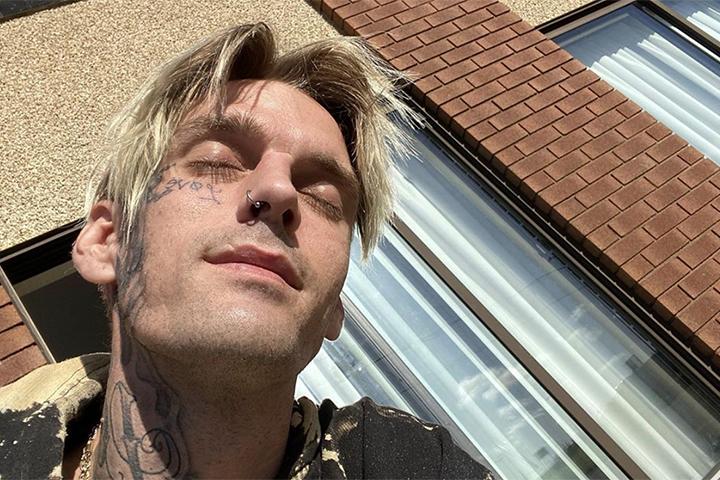 Aaron Carter outside the Comfort Inn in Yarmouth. Instagram/aaroncarter

“I hope Canada welcomes me and doesn’t treat me the way people do in America it’s really foul I had to get out and I moved quick,” Carter tweeted.

While Canada Border Services Agency will not comment on any individual case, citing privacy issues, visitors to the country have to follow a formal process to establish residency. Carter can’t simply remain in Canada.

Early Monday, Carter took to Twitter to complain of being “super jet lagged” – three days after his flight from L.A. to Halifax.

He then announced he was “off to Egypt” to “see some friends in Cairo” before he moves “into my new home in South America."

But, then, Carter claimed he was “enjoying my vacation and closing on my house ASAP in Nova Scotia.”

In a video message he shared Monday morning on Instagram, Carter “I’m moving to Canada. It’s happening. It’s not a joke. It’s a thing. I love it here.

Minutes later, he tweeted about returning to Los Angeles. "When I get back home," he wrote, "anyone who calls the police asking for a wellness check on me to harass me while Knowing I am & have been fine I will find out who is doing it get ready to write checks for to your lawyer, I am having my lawyers come at YOU."

If you or someone you know is suffering mental health issues, click here to talk someone who can help.

Listen to music from Aaron Carter