Britney Spears Opens Up About Family: 'They Threw Me Away'

Britney Spears has spoken up about her life while under a conservatorship that ended last November after 13 years.

“They literally killed me. They threw me away,” the 40-year-old pop star explained in 22 minutes of audio clips posted Sunday on YouTube that she later deleted.

“I felt like my family threw me away. I was performing for thousands of people at night in Vegas, the rush of being a performer, the laughter, the respect … I was a machine. I was a f**king machine, not even human almost. It was insane.”

Spears said she has not spoken publicly about her experience despite offers of “lots and lots of money.”

Spears was placed under a temporary conservatorship on Feb. 1, 2008 after she reportedly suffered a mental health breakdown. (The conservatorship was made permanent on Oct. 7, 2008.)

“The extent of my madness was playing chase with paparazzi, which is still to this day one of the more fun things I ever did about being famous so I don’t know what was so harmful about that,” she said.

Spears recalled her mother’s warning that someone was coming to her house to talk to her. “I never really understood what she meant. I didn’t believe her. Like, is a lawyer coming here? Who is coming here? Then, tour hours later there were 200 paparazzi outside my house videotaping me through the window of an ambulance, holding me down on a [gurney].

“I know now it was all premeditated … there was no drugs in my system, no alcohol. It was pure abuse.”

Spears said her father Jamie Spears “loved to control everything I did.”

She added: “I had to do what I was told. I was told I was fat every day. I had to go the gym … I’d never remember feeling so demoralized. They made me feel like nothing and I went along with it because I was scared and fearful … None of it made sense to me.”

Under the conservatorship, Spears did tours, recorded several albums and did residencies in Las Vegas.

Spears repeatedly said she felt demoralized and she complained about not being able to enjoy the fruits of her labour and the perks of being a superstar. 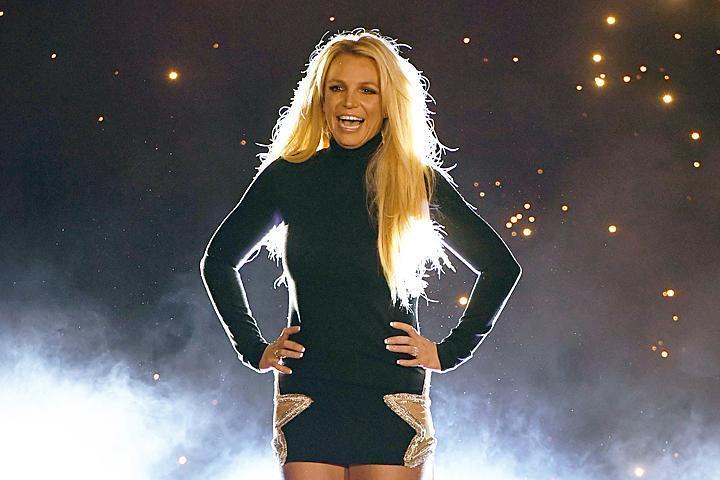 Britney Spears at the announcement of her 'Domination' residency in 2018. Ethan Miller / Getty Images

In the audio, she repeated her claim that she was forced into a mental health facility in early 2019 because she didn’t want to do a specific dance move during rehearsals for a new Vegas show.

“The next day I was told that I had to be sent away to a facility and I had to say on my Instagram that the reason why is my dad is sick,” recalled Spears.

She alleged that her father vowed to battle her in court if she refused to go to treatment. (In March, Spears spoke up about the drugs she was forced to take during her time at the facility.)

When she announced the cancellation of Domination, Spears wrote: “A couple of months ago, my father was hospitalized and almost died. We’re all so grateful that he came out of it alive, but he still has a long road ahead of him.

“I had to make the difficult decision to put my full focus and energy on my family at this time.

Spears said at the time she was taking "an indefinite work hiatus" so she can focus on caring for her family. “We have a very special relationship and I want to be with my family at this time just like they have always been there for me.”

Spears said she was “scared out of my mind” at the treatment facility and called her time there was “offensive, sad, abusive.”

She alleged she had “six [vials] of blood” drawn every week (she later claimed it was eight vials) and was given no privacy. “How did they get away with it,” said Spears, “and what the f**k did I do to deserve that?”

Spears lashed out at her family. “They put me in an ignorant, scared state of mind to make me feel like I needed them and ‘If you don’t do what we say we’re going to show you who’s boss.’ They made me feel like nothing for so long … I thought they were trying to f**king kill me.

“My heart would just want to stand up in my family’s faces and scream and cry and throw a tantrum and go back in time and do exactly what I wanted to do with those times, yeah, and might even spit in their f**king faces. Why? Because the pain my family gave me. How the f**k did they get away with it?"

Even though it was her father calling the shots, Spears said she is “more angry” at her mother Lynne Spears because she didn’t speak up for her daughter. (She had a public war of words with her mother in July and previously blasted her brother Bryan and sparred with sister Jamie Lynn.)

“I feel like she could have gotten me a lawyer in literally two seconds,” she said. (Spears was represented at the time by a court-appointed lawyer.)

“Your rejections to the countless times I have flown out and calls make me feel hopeless! I have tried everything.”