Green Day, Weezer and Fall Out Boy are going on an epic tour together next year – and there’s a stop in Canada.

The Hella Mega Tour will hit Toronto’s Rogers Centre on Aug. 24. The three bands will perform a special show Tuesday night in L.A. to promote the trek, which kicks off June 13 in Paris and runs until the end of August.

Green Day shared the title track of the band’s forthcoming album, Father of All…, which drops Feb. 7, 2020. It’s their first studio album since 2016’s Revolution Radio.

Weezer’s new song, from their forthcoming album Van Weezer (due next May), is called “The End of the Game.”

Although Weezer has been busy touring, Fall Out Boy has only done a handful of festival gigs this year. Green Day hasn’t toured since late 2017.

MORE: Green Day To Tour With Weezer, Fall Out Boy

Listen to the songs below: 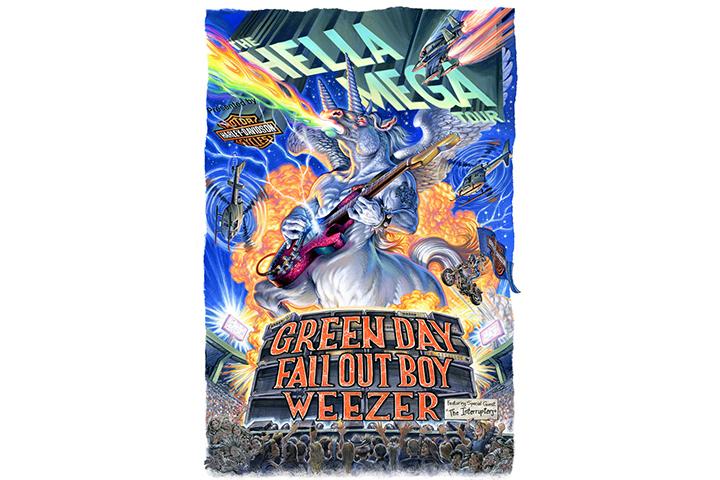 Listen to music from Green Day, Weezer & Fall Out Boy