The 34-year-old Vancouver singer was charged by Toronto Police with one count of sexual interference and two counts of sexual assault causing bodily harm.

Hoggard is accused of sexually assaulting two women on separate occasions on three dates in 2016.

One of the alleged victims is likely a 24-year-old Ottawa woman who told CBC News earlier this year that she was raped by Hoggard in his suite at the Thompson Hotel in Toronto on Nov. 22, 2016. “Of course, I expected sex," she said. "I’m not naive – but he completely crossed the line.”

The woman alleged that over five hours in the room, Hoggard assaulted and raped her several times.

The woman said she did not make a police report at the time but was medically examined. She said she wrote in a journal. “He knows I said no. I said stop."

After the claims went public, Hoggard's lawyer Brian Shiller said: "At no time did Jacob act badly or do anything without consent.”

Days later, CBC News said a second woman came forward with similar allegations. On March 2, Hoggard responded on Twitter. "I did not engage in any sexual activity without her consent. The allegation is startling and categorically untrue. It is not within my capacity as a person to force anyone beyond their boundaries.

"It devastates me to know somebody feels differently after entirely consensual sex. Nothing will change the fact that I did not sexually assault her or anyone."

Toronto Police said Monday there may be more alleged victims and are urging women to come forward.

Hoggard is scheduled to appear in court in Toronto on July 26 at 2 p.m. 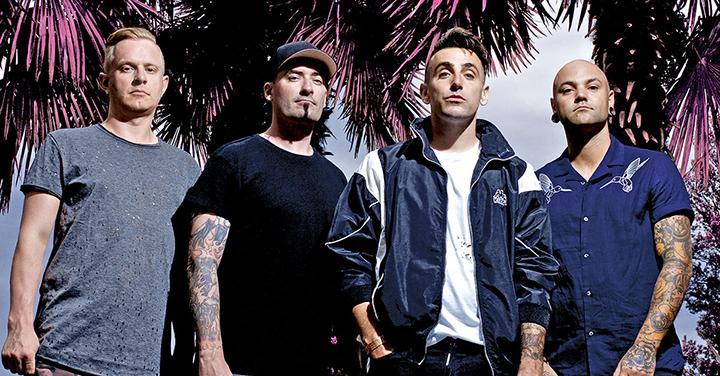 Hoggard, in a statement shared on social media at the end of February, insisted: “I have never engaged in non-consensual sexual behaviour in my life. Ever.” But, he admitted that he hasn’t treated women well. “For this,” Hoggard said, “I am truly sorry.”

The "For The Nights I Can't Remember" singer – who was married from 2005 to 2009 – also apologized for disappointing everyone who believed in him. “I promise to work every day to regain your respect,” he wrote. “I know it won’t happen overnight.”

Earlier that month, Hedley was dropped from the Juno Awards broadcast after allegations of sexual abuse surfaced on social media. Radio stations removed the band's songs from playlists and the charitable organization WeDay severed ties.

In a statement at the time, Hedley said: “We would hope that people will bear-in-mind the context in which these unsupported accusations have been made before passing judgment on us as individuals or as a band.

“We realize the life of a touring band is an unconventional one. While we are all now either married or have entered into committed, long-term relationships, there was a time, in the past, when we engaged in a lifestyle that incorporated certain rock and roll clichés. However, there was always a line that we would never cross.”

Several days later, Hedley said in a statement: “Saying a rock'n'roll lifestyle was to blame - or saying certain things happened because we were younger - isn't good enough. We owe it to our families, our crew, our friends - and most of all, our fans - to do and be better."

After finishing the cross-Canada Cageless tour, Hedley announced it was taking an "indefinite hiatus" from the music scene.

Hoggard was born and raised in B.C. and placed third on the second season of Canadian Idol before breaking out as frontman for Hedley. The band released seven studio albums between 2005 and 2017 that spawned hits like "On My Own," "Cha-Ching," "Kiss You Inside Out" and "Perfect."