Kanye West: 'I Am Running For President'

Kanye West chose Independence Day to announce he is seeking to become the president of the United States.

“We must now realize the promise of America by trusting God, unifying our vision and building our future,” the rap star tweeted. “I am running for president of the United States.”

Although he included the hashtag “#2020VISION,” it is not clear if he intends to run in the 2020 election – which is only four months away – or in the next one. Last November, West told an audience at the Fast Company Innovation Festival that he would seek the job in 2024 as “Christian Genius Billionaire Kanye West.”

It's unlikely West has his eye on the 2020 election. He would have to register as an independent candidate since it’s all but impossible that he could successfully replace Trump as the Republican nominee or Joe Biden as the Democratic nominee, but the deadlines to register as an independent have already passed in at least nine states, including key electoral college ones like Texas, New York and West’s native Illinois.

West, 43, has not registered with the Federal Election Commission. (There is a Green Party candidate named “Kanye Deez Nutz West” registered at “1977 Golddigger Avenue, Suite Yeezus,” the FEC database shows.) 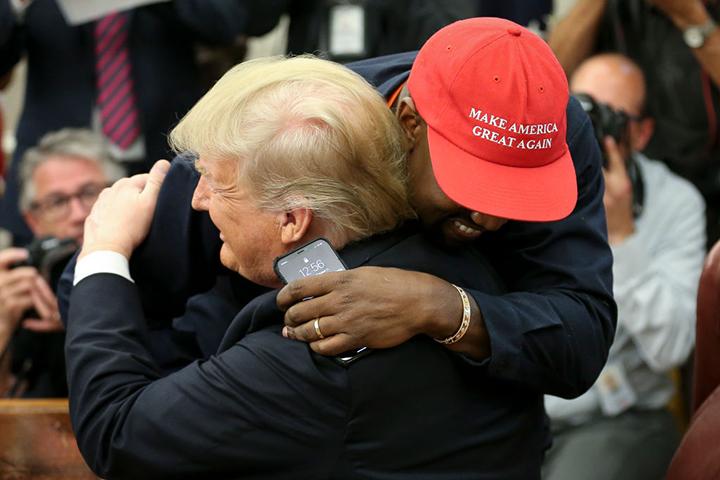 West has previously admitted he did not vote in the 2016 election and, in an interview published this past March in WSJ Magazine, he said he was not registered to vote in 2020.

In a 2016 interview with BBC Radio 1, West talked about his lack of political experience. “When I talk about the idea of being president, I’m not saying I have any political views," he said. "I don’t have views on politics, I just have a view on humanity, on people, on the truth.

"If there is anything that I can do with my time and my day, to somehow make a difference while I’m alive, I’m going to try to do it."

We must now realize the promise of America by trusting God, unifying our vision and building our future. I am running for president of the United States 🇺🇸! #2020VISION

Before he was elected, Trump told Rolling Stone he thought West was “a nice guy” and said: “I hope to run against him someday.” (A spokesperson for the Trump campaign had no comment about West's July 4th announcement.)

West has repeatedly praised and defended Trump. In 2018, West wore a “Make America Great Again” cap for a bizarre meeting with Trump in the Oval Office. “I love this guy,” he declared. “If he don’t look good, we don’t look good. This is our president.”

Fellow rapper T.I. reacted on Instagram, calling the meeting "the most repulsive, disgraceful, embarrassing act of desperation & auctioning off of one's soul to gain power I've ever seen."

Speaking at a Criminal Justice Reform Summit following West's meeting with Trump, wife Kim Kardashian said her husband “is not very political, actually” and added that he “just happens to like Donald Trump’s personality, but doesn’t know about the politics.”

Appearing on Jimmy Kimmel Live! in August 2018, West said he would love to design the uniforms for Trump’s new “space force” and agreed that he was a nervous about his wife being alone with Trump in the Oval Office. “He is a player,” West quipped.

In September 2018, he tweeted a photo of himself wearing a MAGA cap and captioned it: "This represents good and America becoming whole again."

At one of his "Sunday Services" last October, West said: “You black, so you can't like Trump? I ain't never made a decision only based on my colour. That’s a form of slavery, mental slavery.”

West first promised to run in the 2020 presidential race while at the 2015 MTV Video Music Awards. 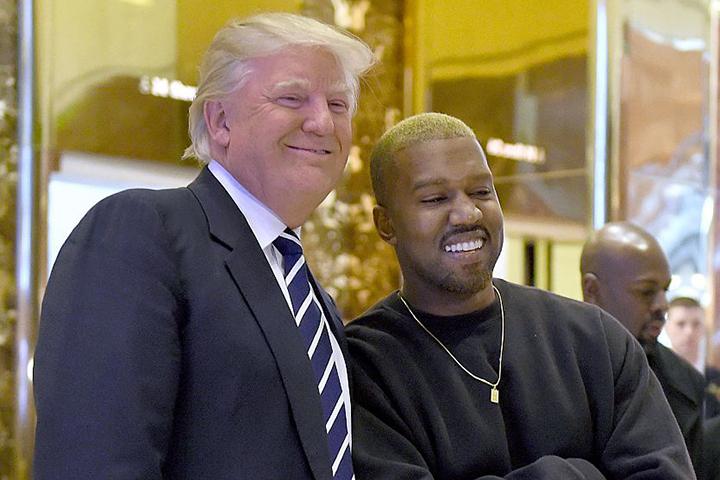 Last year, West opened up about his mental health issues during an interview on My Next Guest Needs No Introduction with David Letterman.

“If you don’t take medication every day to keep you at a certain state, you have a potential to ramp up and it can take you to a point where you can even end up in the hospital," West explained. “And you start acting erratic, as TMZ would put it. When you ramp up, it expresses your personality more. You can become almost more adolescent in your expression.

West, who was diagnosed as bipolar, said he becomes delusional during these episodes. “When you’re in this state, you're hyper-paranoid about everything. Everyone – this is my experience, other people have different experiences – everyone now is an actor. Everything's a conspiracy.

"You feel the government is putting chips in your head. You feel you’re being recorded. You feel all these things. You have this moment [where] you feel everyone wants to kill you. You pretty much don’t trust anyone."

Reaction to West’s July 4th tweet was swift and predictable.

“It doesn't matter if he's having some sort of episode, plugging an album, trying to steal votes from Biden to help Trump win, or serious about becoming president despite having missed many filing deadlines,” tweeted Newsweek columnist Seth Abramson. “Kanye West needs to **** all the way off for announcing a POTUS run today.”

GEN magazine editor Hanif Abdurraqib suggested Ye's announcement is nothing but a publicity stunt. "Have to say I am once again surprised to see that there are many people who appear to be unfamiliar with an album promotion cycle," he tweeted.

Listen to music from Kanye West