The infectious ballad “Shallow,” performed by Lady Gaga and Bradley Cooper in A Star Is Born, was named Best Original Song at the 91st Academy Awards on Sunday.

The song, written by Gaga with Mark Ronson, Andrew Wyatt and Anthony Rossomando, beat out songs from RBG, Mary Poppins Returns, The Ballad of Buster Scruggs, and Black Panther.

"Thank you so much to the Academy for this wonderful honour," said Gaga, who singled out Cooper. "There is not a single person on the planet who could have sang this song with me but you."

Gaga was previously nominated in the category in 2016 for “’Til It Happens To You” from The Hunting Ground. It was the first nomination for her co-writers.

Gaga and Cooper performed “Shallow” during the Oscars telecast. Jennifer Hudson sang “I’ll Fight” from RBG; Bette Midler belted out “The Place Where Lost Things Go” from Mary Poppins Returns; and Gillian Welch and David Rawlings did “When a Cowboy Trades His Spurs For Wings" from The Ballad of Buster Scruggs. 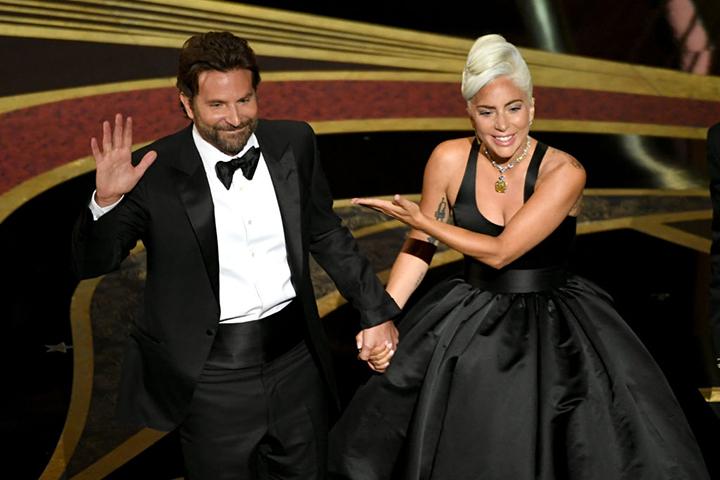 No one performed “All The Stars,” which was recorded for Black Panther by SZA and Kendrick Lamar. Black Panther won an Oscar for Best Original Score for composer Ludwig Goransson.