Singer Cody Simpson qualified Wednesday to compete for his native Australia at this summer’s Commonwealth Games.

The 25-year-old finished third in the 100m butterfly final at the Australian championships with a time of 51.96 seconds.

Simpson will also likely be chosen for the Australian team at the FINA World Championships next month in Budapest.

“It feels really good. Coming in on the touch, I just thought I’d messed it up. But to come in on the qualifying time and get on the podium at the nationals, it’s unreal,” Simpson told reporters. “I’ve just put in the hours all year, trying to make some progress. I didn’t expect this much progress so soon.” 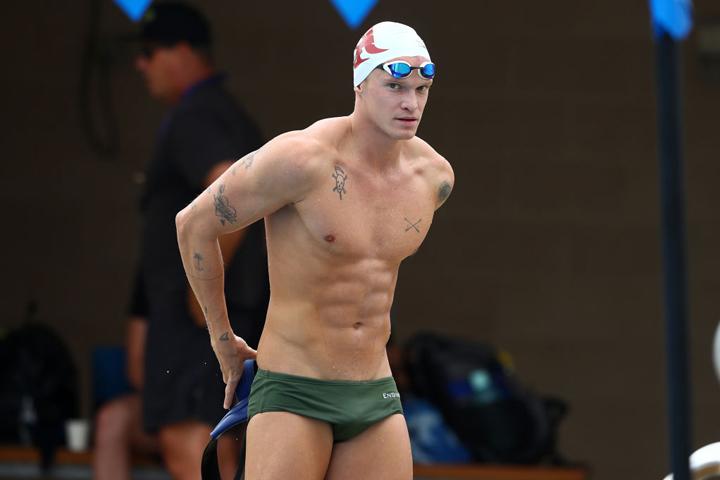 Simpson, who failed to make the cut for last year’s Tokyo Olympics, is hoping to earn a spot at the Paris games in 2024.

Before focusing on his pop music career, Simpson was a competitor swimmer – and earned gold medals at the Queensland championships in 2009. His father Brad swam for Australia at the 1994 Commonwealth Games and his mother Angie competed at the 1987 Pan Pacific Games.

In a 2020 Instagram post, Simpson described his passion for swimming. "I dig this sport and I always have," he wrote. "I dig the flow, power and discipline it teaches me. New life is coming in."

He shared a revealing selfie on Twitter in 2018 that he captioned: "been swimming type ha"

Simpson was discovered after posting cover songs on YouTube and has released four studio albums since 2012. He competed on Season 18 of Dancing With the Stars, had a run as Dmitry in the Broadway musical Anastasia in 2019 and won the first season of the Australian version of The Masked Singer.

Listen to music from Cody Simpson