Singer and actress Olivia Newton-John died Monday at her home in California after a battle with cancer. She was 73.

In a message on her official Facebook page, husband John Easterling said Newton-John was “surrounded by family and friends" at the time of her death.

Born in England and raised in Australia, Newton-John recorded more than two dozen studio albums between 1971 and 2016 and appeared on the soundtrack album of the 1978 movie adaptation of Grease, in which she starred with John Travolta.

Grease spawned hits like “You’re the One That I Want,” “Hopelessly Devoted to You” and “Summer Nights.”

Newton-John was popular in Canada, where some of her early songs –– like “If Not for You” and “Let Me Be There” – were hits. Her biggest success came with singles like 1974’s “I Honestly Love You” and “Have You Never Been Mellow” and 1975’s “Please Mr. Please.”

In 2016, Newton-John collaborated with Beth Nielsen Chapman and Canada's Amy Sky on LIV ON, a collection of songs about living with loss and grief. “It’s our intention … to create songs with a message of compassion and hope,” Newton-John explained. “They are for anyone facing a time of challenge in their life … or on the journey to health and recovery.”

Newton-John often spoke about beating breast cancer, with which she was diagnosed in 1992. She said doctors discovered in 2013 that the cancer had returned – this time in her shoulder – but she chose not to go public.

In 2018, she revealed that doctors found a tumor at the base of her spine.

She told Australia’s Sunday Night that she has had radiation therapy and was using cannabis oil using marijuana that she and husband John Easterling grew on their Santa Barbara ranch.

"I'm one of millions in this fight. Fight. I shouldn't say fight. In this journey. I see it as part of my mission, maybe.” 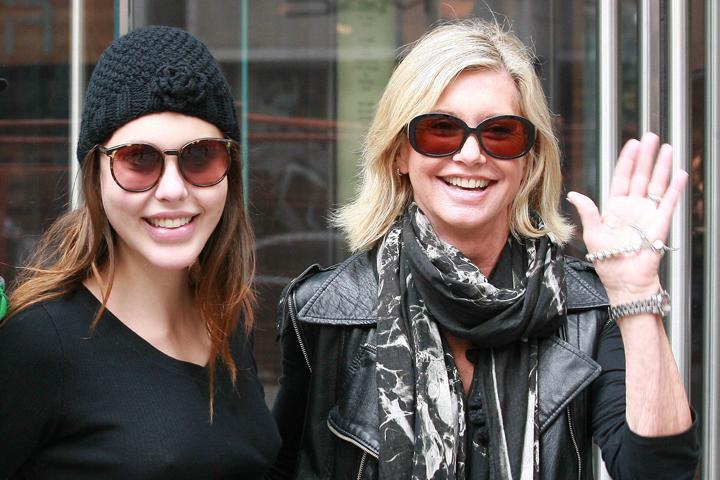 Last year, Newton-John was criticized when she replied "Not at this point, no" when asked if she will get vaccinated against COVID-19. She declined to share her reasoning.

Newton-John is survived by her husband of 14 years John Easterling; Chloe Lattanzi, her 36-year-old daughter from her first marriage to Matt Lattanzi; siblings Sarah and Toby as well as several nieces and nephews.

Tributes are pouring in on social media.

“I’m so sad about this,” tweeted Canadian singer Jann Arden. “Olivia was one of the nicest, most supportive people I ever met. She was my idol and my inspiration.”

Actor George Takei shared: “We have lost a great, iconic artist in Olivia Newton John, gone too soon from us at age 73. I trust she is now in the great Xanadu beyond. Know that we are forever hopelessly devoted to you, Olivia. Rest in song and mirth.”

Listen to music from Olivia Newton-John