"Hey guys, we've decided to end our romantic relationship but our love for one another as humans is stronger than ever," read a joint statement shared on social media. "We started our relationship as best friends and will continue to be best friends.

"We so appreciate your support from the beginning and moving forward."

The decision to end their relationship was reportedly a recent one. Only two weeks ago, paparazzi captured the two pop stars locking lips in Miami Beach. But, in recent days, Mendes has been photographed walking alone near his downtown Toronto condo. 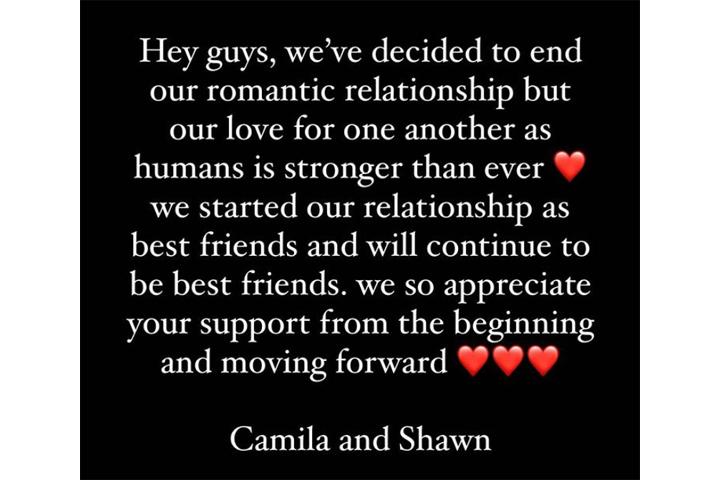 They went public as a couple in 2019, when they released their second collaboration, “Señorita.” It went on to become Mendes' first No. 1 hit. 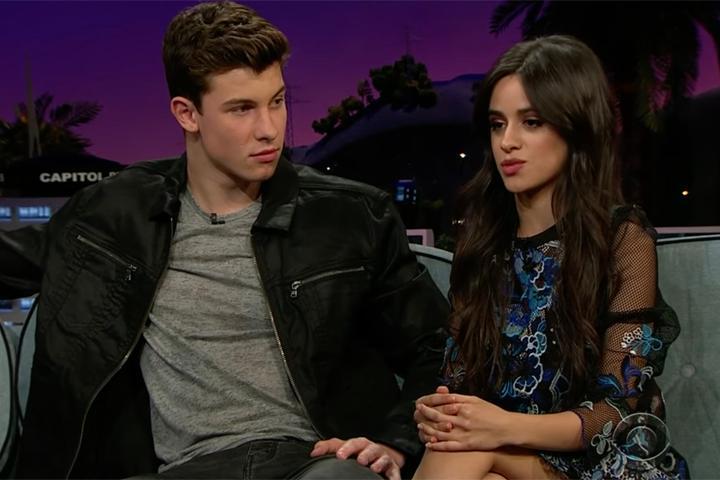 Appearing on The Late Late Show with James Corden this past summer, Cabello admitted she was “completely in love” with Mendes when the two denied they were an item on the show nearly six years earlier.

Cabello recalled that Mendes never made a move. “I remember he was like, ‘I like her. She’s the one who doesn’t like me,’ or something like that and at that time I was, like, completely in love with him and he was the one that I thought wasn’t in love with me back,” she said. “I was remember being like, ‘What the… What the…

“I remember backstage after our interview I was like, ‘Why did you say that ‘cause you know that I like you.’ It was so stupid. We were like, 16, 17. Look at us now.” 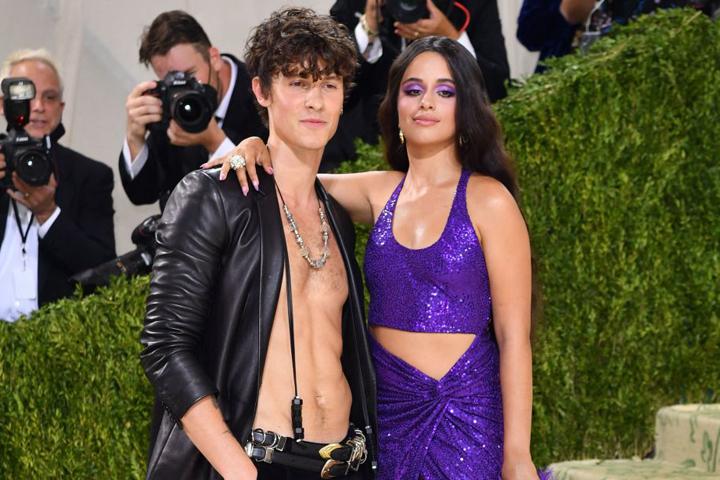 The fact that Cabello and Mendes publicly showcased their relationship when there was something to promote – new music or tours – made some fans suspicious.

“Rumoured PR-d relationships have forever been a mainstay of Top 40 supremacy,” opined Leonie Cooper at The Guardian. But, Mendes told a paparazzo in September 2019 the relationship was “definitely not a publicity stunt.”

In his documentary In Wonder, Mendes revealed that “every song I’ve ever wrote” was about Cabello but said it is getting harder to put their relationship to music.

“I don't think I'm going to be able to write songs that really do it justice, that can really capture the things and the feelings with her," he gushed. "I think it's like when you see the moon, or stars, and you try to take a photo of it with your iPhone, and then you just can't. It just doesn't look good. And you're like, ah, it's not supposed to be captured. It's just supposed to be for us." 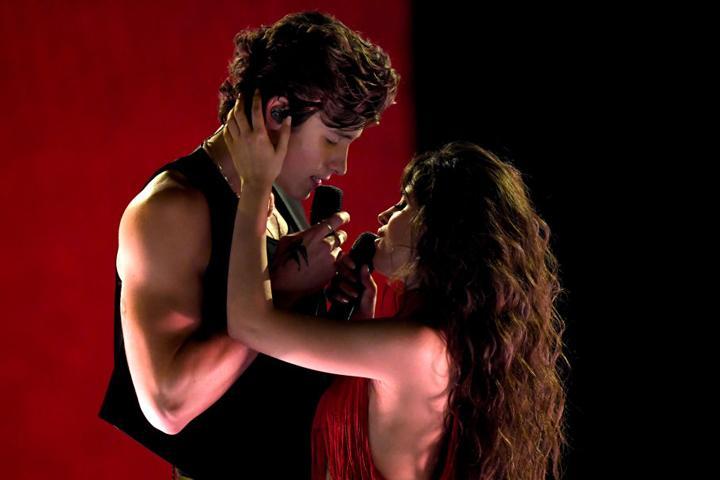 “I’ve learned a lot about love with this guy,” she wrote, in a caption to a photo showing the couple sharing a kiss. “It’s not just the happy blissful moments you see in pictures and videos – When you’re in a relationship with someone, it feels like they are this mirror reflecting yourself back to you – I constantly have to confront my fears, my anxieties, my insecurities, my patterns of thinking, my beliefs about life and about myself.”

Cabello added: “To be in love means to choose that person over and over again, to go through the messy stuff with. And that’s way more beautiful and raw and real than perfection.”