Why the giant pigeons and soup can at Longueuil metro?

If your commute takes you by the Longueuil metro station and the adjacent Place Charles Lemoyne, you may have come across giant pigeons taking a particular interest in an over-sized can of condensed soup. 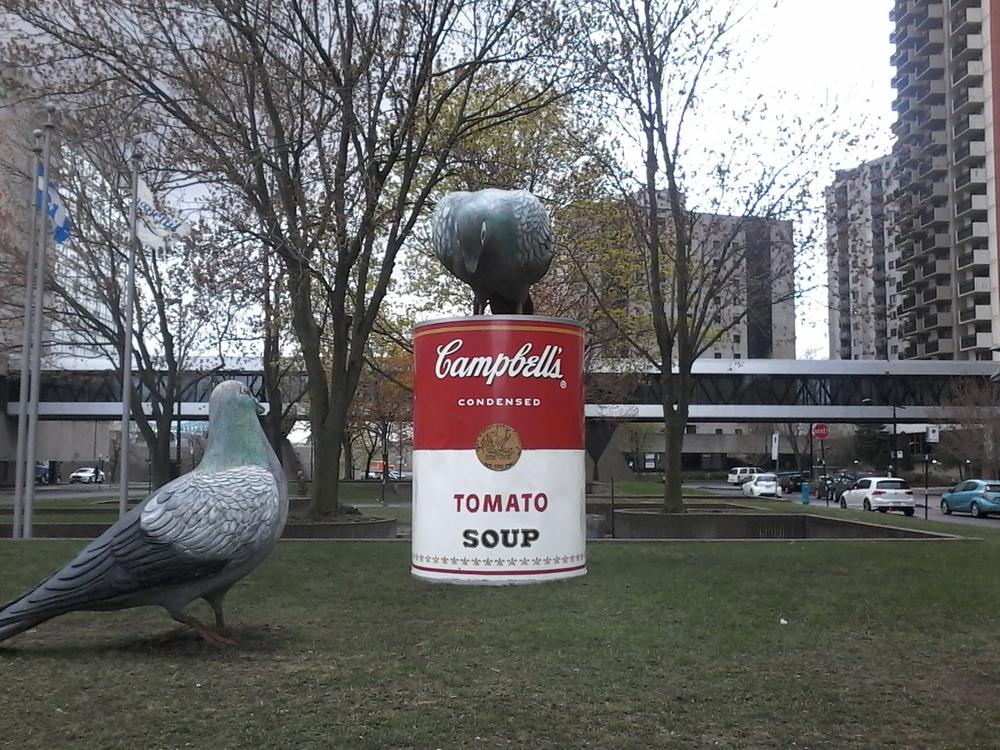 The jumbo-sized sculptures are part of a temporary art installation commissioned by the City of Longueuil.

According to the Longueuil est culture Facebook page, the installation is a piece by Jean-François Cooke and Pierre Sasseville titled L'Odyssée. It was originally commissioned as part of EXMURO's Passage insolite public art series in Quebec City.

The installation, as the images show, consists of 3 larger than life pigeons and a giant can of Campbell's condensed soup—the latter being a direct reference to Andy Warhol's 32 Campbell's Soup Cans pop art piece from the 1960s. 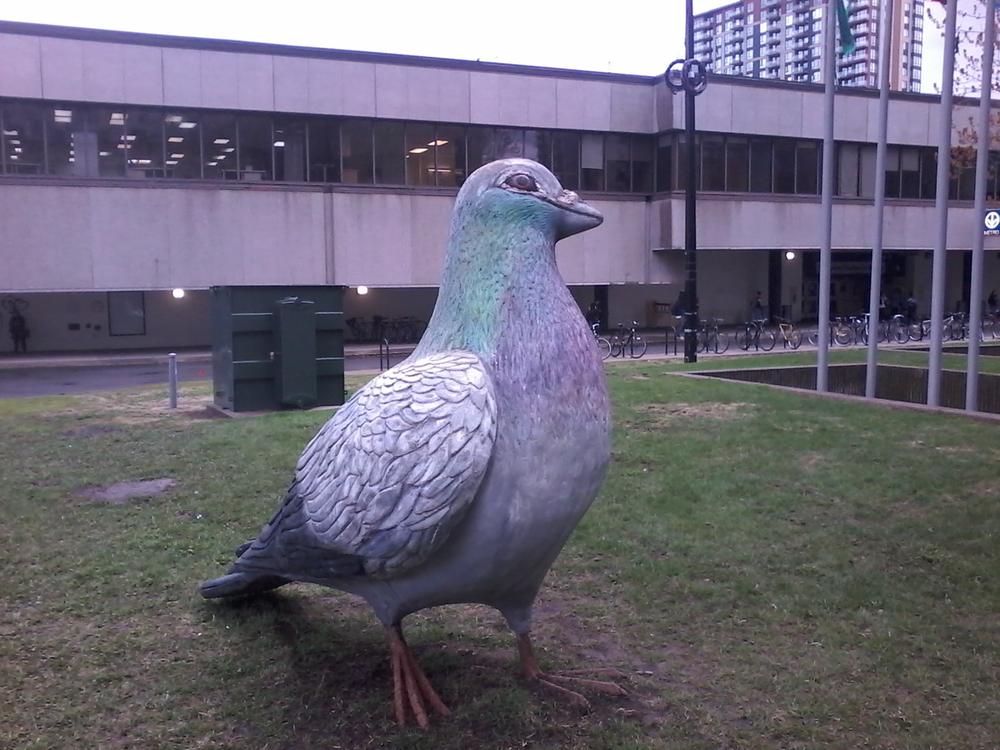