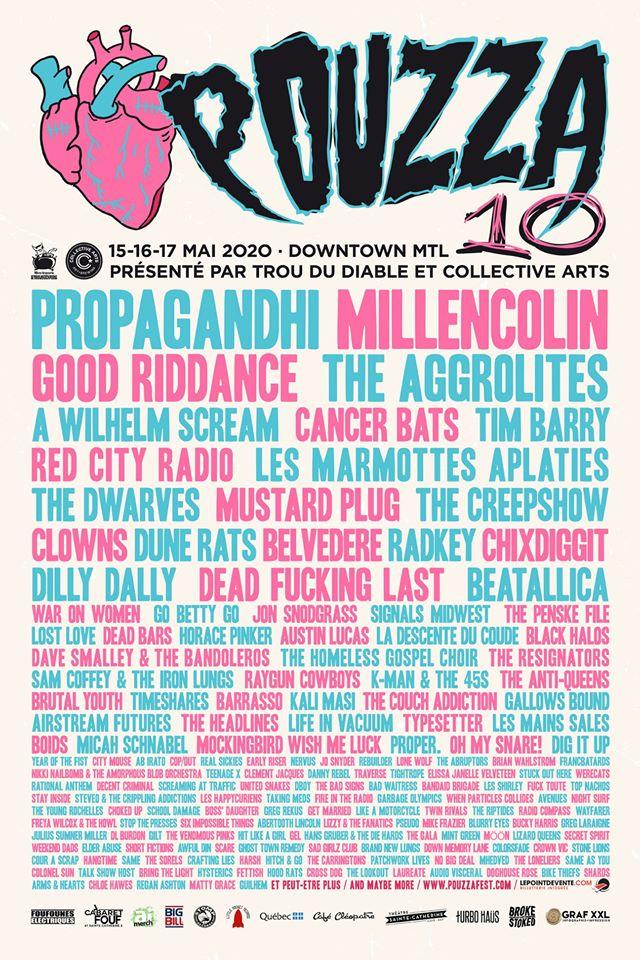 Pouzza Fest was started in 2011 by Hélène McKoy and Hugo Mudie from Montreal band The Sainte Catherines. The festival's name was inspired by two of Montreal's favourite post-show, latenight eats: poutine and pizza. Past incarnations have included acts like Against Me!, The Planet Smashers, Lagwagon, Less Than Jake, MxPx, The Ataris, Municipal Waste, and PUP.

This year's edition of Pouzza Fest runs from May 15-17, 2020 at various venues in Downtown Montreal including a free outdoor component at the corner of de Maisonneuve and Clark. You can find out more at pouzzafest.com.