Even though The Chainsmokers and Halsey's "Closer" has been sitting pretty at the top spot on the Billboard Hot 100 for nine weeks in a row, it has been without a music video -- until Monday morning.

It's a hot-and-heavy affair between Drew Taggart (one-half of The Chainsmokers) and the rising pop star.

The four-minute clip sees the two bumping into each other at a party after they've let their romance burn bright and burn out. It's intercut with scenes of the pair in bed as they help remind viewers just how intense their relationship used to be.

At the end of the video, it's a tale as old as time when Taggart catches up with Halsey after she walks out of the party, letting us witness that vulnerable moment that we've all encountered before.

Expect more from The Chainsmokers when their second EP, Collage, drops on Nov. 4. It'll include "Closer" as well as a brand-new cut titled "Setting Fires." 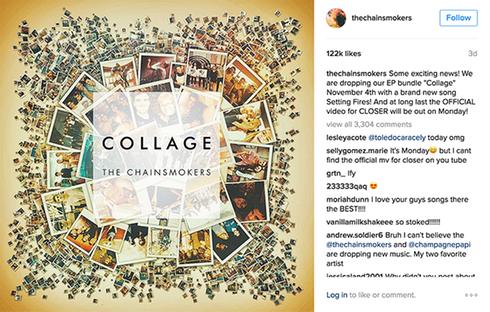