Rob Thomas Is Making Music That Makes Him Happy

“We never talk about success,” he said then. “We managed to have enough to keep us out there and do it in a way where our songs were much more popular than we were.”

“We were this band that had this really successful record and the record itself was the story,” he told me last week. “We said ‘no’ to everything. We didn’t do commercials, we didn’t movies, we didn’t do anything because that was just the way you did it. You put out your record and you just f**king played your record.”

But, Thomas confessed, in the early days he and his bandmates would have liked to be on the covers of more music magazines as, “you know, the ‘it’ band,” though he pointed out that “most of those bands are not around anymore.”

He added: “When we had all that success with that first record, we were an easy target. We were easily uncool. We took somebody else’s idea of us not being cool and turned it into a badge of honour.

I mentioned that, anecdotally, women (and a few men) of a certain age are known to describe him as “hot” and a lot of guys who may never buy one of his songs believe he’d be “cool” to smoke a bowl with.

“I’m unaware of all of this,” Thomas said, declining to explain how he manages to be simultaneously hot and cool. “All of this is news to me.” Before we move on, though, he needed to point out that they’re not all wrong. “I am f**king delightful to smoke a bowl with, by the way,” he said with a laugh. “I really am.”

Thomas lit up when the conversation turned to Chip Tooth Smile, his fourth solo album since 2005 (out April 26). It’s a solid unapologetic pop rock record that was unabashedly inspired by the sounds he and producer Butch Walker grew up listening to on the radio.

“Every song has something that’s attached to something in the ‘80s, either production-wise or song-wise,” he explained. “Me and Butch are children of the ‘80s. We grew up on ‘80s radio. Once we saw a couple of songs that we were doing sort of heading to that style, we leaned into it.”

This explains why lead single “(One Less Day) Dying Young” evokes Scottish band Big Country’s 1983 hit “In A Big Country” – sans the bagpipes. (“We actually put bagpipes in there. We took them out,” Thomas admitted. “It was a little bit too on the nose.”)

Canadians might also hear a bit of Glass Tiger’s 1986 hit “Thin Red Line” in the song. (“That was a good band,” he said. “When they came out we all thought it was George Michael because his voice sounded so much like George.”)

Other stand-out tracks on the album include “The Worst In Me,” “Breathe Out” and the Benny Blanco-crafted “We Were Beautiful” but, truthfully, the album is all killer, no filler.

“This record is made for the few people who are still inclined to go from 1 to 12,” he explained. “It takes a journey. It goes up, it goes down… it’s meant for Saturday nights and Sunday mornings and it has to be that way.”

Thomas said he understands people are accessing music differently today than they did back in the ‘80s – or even in the early days of Matchbox Twenty.

“I also consume music in that way. I’m not old and bitter about the process,” he said. “I can see all the good that’s come from it. You just realize that you do what you do exactly the same and some people are going to digest it a little differently than they did in the past.” 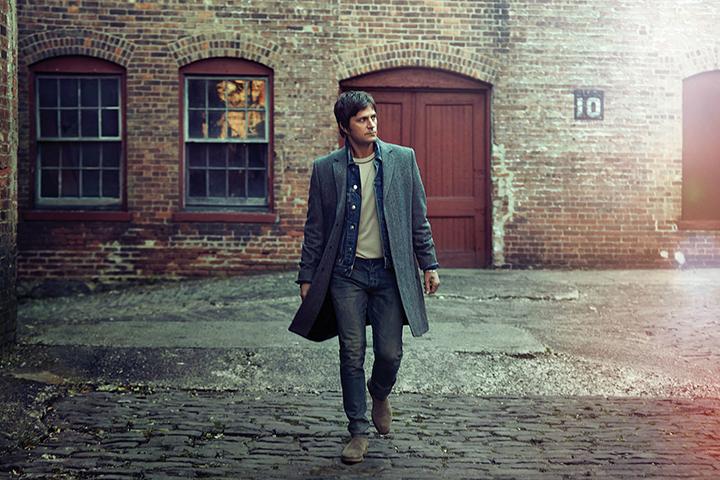 Thomas, 47, has been married to Marisol Maldonado since 1998. His 21-year-old son (from a previous relationship) Maison Thomas-Eudy is studying music in college and plays guitar in a band called Hand Made House.

He pointed out that he’s “never not been on the radio” in the lifetime of his son and his friends.

“There’s an appreciation for the fact that I get to do this that happens every year a little more,” said Thomas.

“When ‘(One Less Day) Dying Young’ got added to radio, ‘3 AM’ got added to classic rock rotation,” he said. “That is like the dream."

If "3AM" or his Santana collaboration "Smooth" become his "(I Can't Get No) Satisfaction" and he's singing them 23 years from now in between heart valve replacements, that's alright with Thomas. "I wanted to do this and I wanted to be a 70-year-old guy playing music," he said.

“If I was sitting at home right now fat and eating Cheetos and my song got put into classic rock rotation, I’m not sure how I would feel about that. The fact that I’m doing it on the same day that I have a new song that’s out and it’s doing well… it feels good and it feels like everything is happening the way it’s supposed to happen.”

Thomas added: “It also makes me realize I’m not all just about the new. When I’m here talking to you, I’m talking to you from ’3 AM’ 20 years over, up to where I’m at right now, and I carry the weight of all of that with me.”

Thomas doesn’t carry the weight of expectations, however. Whether Chip Tooth Smile satisfies longtime fans or attracts new ones is something he knows is out of his control.

"I selfishly make everything for me,” he admitted. “Because, my thought is, I’m a pretty normal person and if I make stuff that appeals to me and I like, then people will like it too.

“So if I just try to please the 16-year-old me… you know, when I write a song that makes me go ‘ahhhh… yeah, I like that,’ then I feel like it’s going to work out.”