Andra Day bundled up against frigid temperatures Saturday to shoot scenes for a Billie Holiday biopic on the steps of the Quebec Supreme Court in Montreal.

The Grammy-nominated singer is portraying the late jazz icon in The United States vs. Billie Holiday, directed by Lee Daniels.

Also spotted on set was Garrett Hedlund, who is playing Harry J. Anslinger, the head of the Federal Bureau of Narcotics.

Cars from the late 1940s lined Notre-Dame Street in Old Montreal as Daniels called the shots for scenes in which Holiday exits the courthouse and is mobbed by reporters, photographers and onlookers. 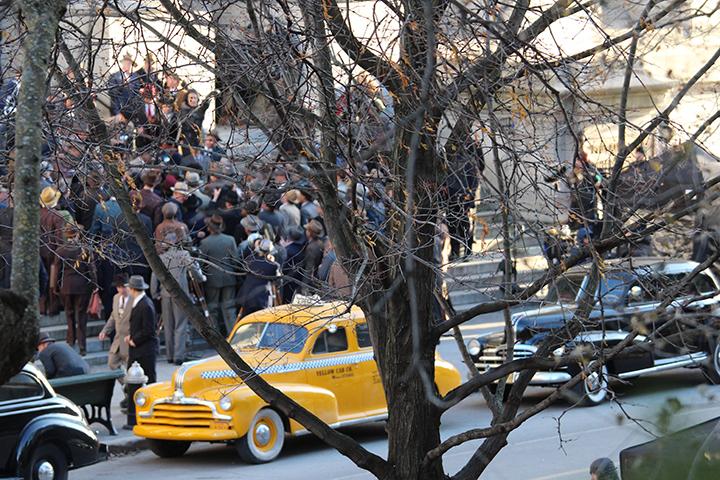 On Sunday, the production took over several streets in the heart of Old Montreal. The exterior of one building was transformed into Café Society, the famous Greenwich Village nightclub where Holiday performed regularly in the late '30s and early '40s.

It was at Café Society where Holiday debuted “Strange Fruit,” a song based on a poem about lynching in the South. 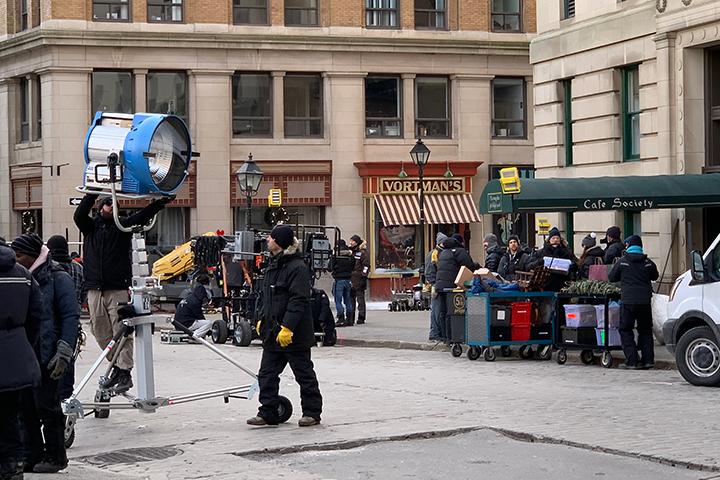 A tour bus for Holiday and her orchestra added to the film's realism. Painted at the front of the bus is “Lady Day Tour,” referring to the nickname Holiday was given by musician Lester Young.

In 1938, Holiday became the first black woman to be backed by an orchestra or white musicians, according to a biography of the singer. 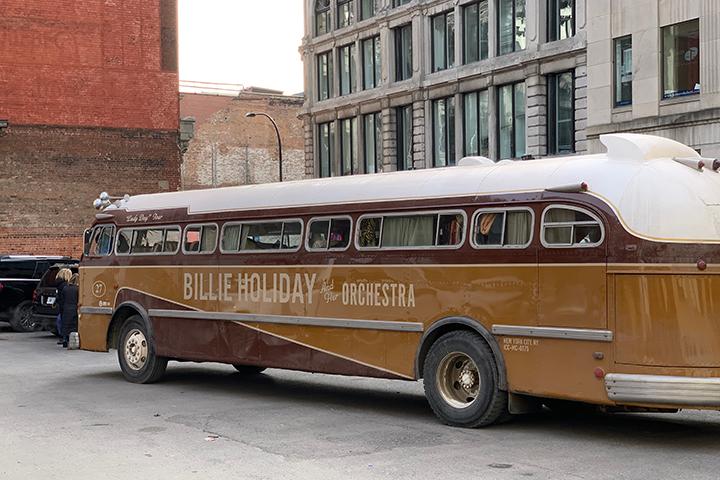 Holiday, who was 44 when she died in 1959, had an impressive music career and a tumultuous personal life. She battled addictions to alcohol and drugs and was arrested several times for possession – including once as she lay dying in her hospital bed.

Day, 34, is the R&B singer whose 2015 debut album and its hit single “Rise Up” earned a pair of Grammy nominations. She voiced Sweet Tea in Cars 3 and had a small role in 2017’s Marshall.

Diana Ross earned an Oscar nomination for her portrayal of Holiday in 1972's Lady Sings the Blues and Audra McDonald scored a Tony nomination for playing Holiday in the 2016 play Lady’s Day at Emerson’s Bar and Grill.

Back in September, iHeartRadio.ca was first to report that the movie would be made in Montreal. Cameras are scheduled to roll until Dec. 7.

This post has been updated since it was first published.

Listen to music from Andra Day