The Weeknd put on a spectacular halftime show at Sunday's Super Bowl LV in Tampa Bay that thrilled fans, likely earned him some new ones, and made Canadians proud.

The Weeknd donned a sparkling Givenchy red blazer and black pants, a look he has showcased since the release of After Hours last March, to perform a medley of his hits – “Starboy,” “The Hills,” “Can’t Feel My Face,” “I Feel It Coming,” “In Your Eyes” and “Earned It" – from the upper stands in the end zone of Raymond James Stadium. He was backed by a choir, a string section and plenty of pyro.

During "Can't Feel My Face," the singer got up close to the camera inside a dizzying funhouse-style space under the stands. The segment sparked countless memes on social media.

As "House of Balloons/Glass Table Girls" played, The Weeknd made his way down to the field to close the show with dozens of doppelgänger dancers for a frenzied, fiery version of his smash “Blinding Lights.” 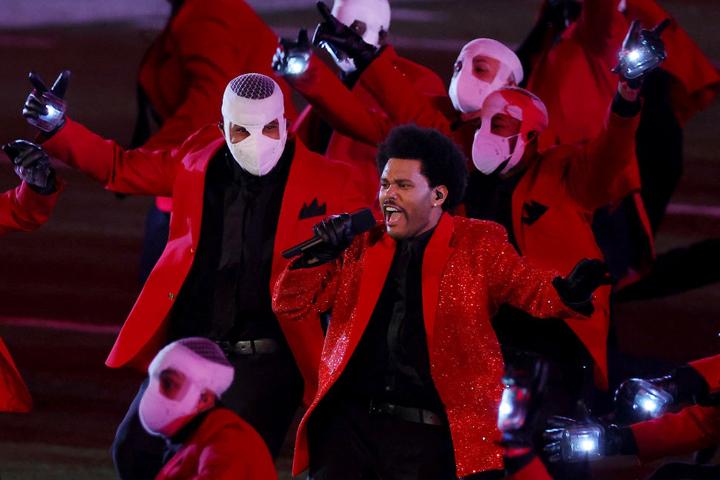 Despite some early sound issues, the show was flawless and, as he had promised, cinematic and PG-rated. Plus, The Weeknd sang live.

Among those watching in person in the stadium was Ciara, as well as cardboard cut-outs of stars like Billie Eilish, Ozzy Osbourne, Eminem and DJ Kahled. 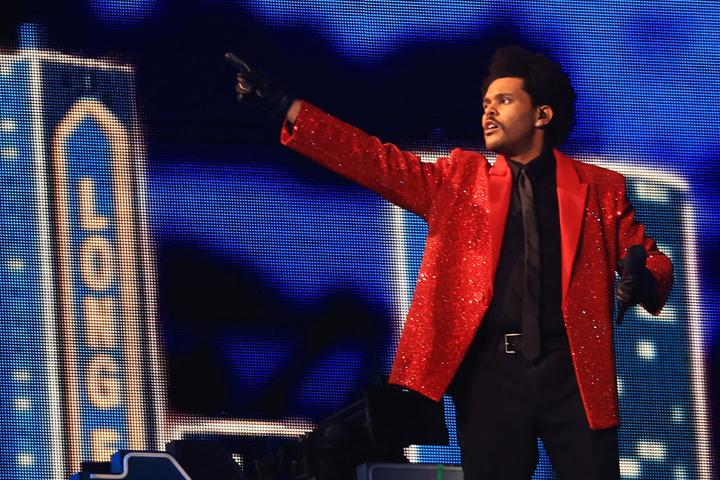 The Weeknd’s Super Bowl debut was honoured with the declaration of "The Weeknd Day" in his hometown.

“Millions of people will be watching him and cheering him on but we know Scarborough, a community he continues to support, will be cheering the loudest,” Toronto mayor John Tory wrote in his proclamation.

BELOW: Watch The Weeknd Perform At Super Bowl

Check out some of the early social media reactions to The Weeknd's performance:

Well done @theweeknd. Loved the set and pyros. You looked and sounded great! A Big Hug and Loud Applause!! #SuperBowl

that halftime show was harrrrrrd @theweeknd 🔥🔥

Love @theweeknd
What a show pic.twitter.com/IeJBBcukrh

Love @theweeknd
What a show pic.twitter.com/IeJBBcukrh

Incredible performance by @theweeknd at the #SuperBowl #PepsiHalftime show.

From Scarborough all the way to the world’s biggest stage.

The moment I felt my heart swell. I'm so proud of this performance. He gave us visuals, vocals, classics, hits, and a story.

This is one of the best, most planned out, Superbowl halftime shows I've ever seen. Hats off to you @theweeknd. You killed it. #XOTWOD #SuperbowlWeeknd pic.twitter.com/vFPauwdc0Y

Listen to music from The Weeknd