In a tweet on Thursday, Bieber said Tremblay “is so talented” and admitted “it was emotional to see him play me from the outside looking in.”

The song, which runs only two-and-a-half minutes, reflects on how Bieber struggled with global success at such a young age.

“What if you had it all, but nobody to call,” he sings. “Maybe then you'd know me / ‘cause I've had everything but no one's listening / and that's just f**king lonely / I’m so lonely.

“Everybody knows my past now / like my house was always made of glass / Maybe that's the price you pay for the money and fame at an early age / And everybody saw me sick, and it felt like no one gave a s**t / They criticized the things I did as an idiot kid.” 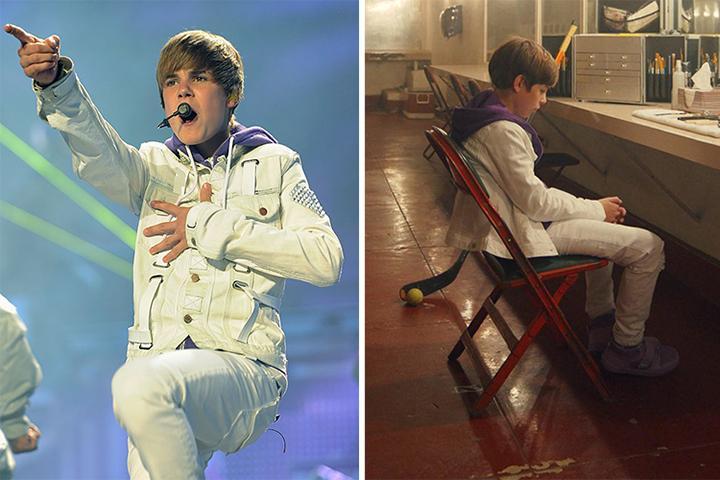 The video, directed by Jake Schreier, shows Tremblay donning Bieber’s 2010 white-jacket-over-purple-hoodie look. Bieber appears only briefly at the end of the video.

“To be honest the song is hard for me to listen to considering how tough it was to get through some of these chapters,” Bieber tweeted. "I believe it is powerful to express vulnerability and that’s why I believe this song is so powerful.”

Bieber is expected to perform "Lonely" on Saturday Night Live this weekend.

Watch the “Lonely” video below: (Warning: Contains language some may find offensive.)