Another year is over and it was a good one for many music artists – and a bad one for a few others.

One thing is for sure: 2019 was a good year for female artists. Taylor Swift, Lizzo, Billie Eilish, Halsey, Bebe Rexha and Alanis Morissette were among those reaping the rewards of hard work and getting lauded for talking about the issues women face in the music business.

In February, Ariana Grande became the first act to hold the top three spots on the Billboard Hot 100 songs chart at the same time since The Beatles in 1964. She launched the Sweetener World Tour in March and was the youngest Coachella headliner ever.

Selena Gomez came back to share emotional songs about her time with Justin Bieber (is it too late for him to say sorry?) and Demi Lovato returned just enough to let her fans know she is working on her health. Britney Spears cancelled plans for another Las Vegas residency to focus on caring for her father and herself.

It was a bad year for A$AP Rocky, who was found guilty of assault in Sweden and then forced to defend his performance in a sex tape, and for 21 Savage, who was arrested by U.S. Immigration and Customs Enforcement – but a good one for Meek Mill, whose 2008 conviction on drugs and gun charges was overturned. It was a bad year for Ryan Adams, who was accused of sexual misconduct – but a good year for Drake, who watched his Toronto Raptors win the NBA championship and moved into his new custom-built mansion in Toronto.

IT WAS A GOOD YEAR FOR… Mariah Carey, Lizzo and Billie Eilish.

Carey’s ubiquitous “All I Want For Christmas Is You” celebrated its 25th anniversary by going to No. 1 on the Billboard Hot 100 – making it the first holiday track to top the chart since “The Chipmunk Song” in 1958.

The song held on to the top spot for three weeks, making Carey the first artist to have a No. 1 hit on the chart in four consecutive decades.

Lizzo also found out that patience is a virtue. The singer-rapper whose debut album came out in 2013 was nominated for eight Grammy Awards – including Best New Artist – and was named Entertainer of the Year by TIME and The Associated Press.

Lizzo also nabbed a cameo in Hustlers, performed on SNL and voiced a character in UglyDolls.

Eilish, meanwhile, had an incredible year with her debut album When We All Fall Asleep, Where Do We Go? and hits like “Bad Guy” and “When The Party’s Over.”

In addition to touring and a plethora of live performance, she delved into fashion, scooped up a pair of American Music Awards and earned six Grammy nominations. And then she turned 18. 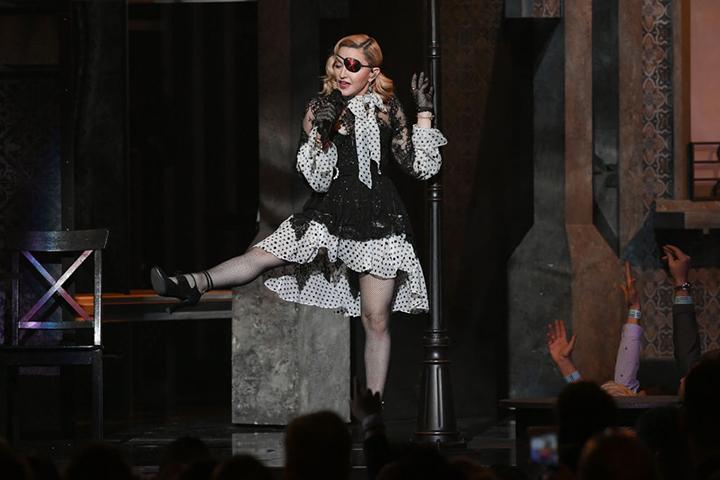 IT WAS A BAD YEAR FOR… Madonna.

The pop icon was left red-faced in May when it was revealed that her cringe-worthy vocals during a controversial performance in Tel Aviv were digitally altered before video was posted on YouTube.

Madonna’s new album Madame X debuted at the top of the Billboard 200 chart in June but then fell 76 spots in its second week – the year’s biggest fall from No. 1 and the fourth-farthest drop ever.

(A few months later, Céline Dion broke Madonna’s record when her new album Courage fell from No. 1 to No. 111 in its second week.)

Madonna cancelled a show in Brooklyn, three in Boston and one in Miami Beach due to a knee injury.

“I was in tears from the pain of my injuries,” Madonna shared in a message on Instagram. “I want to say how deeply sorry I am to all my fans.”

The 61-year-old singer was less contrite in her July message to haters on social media. “if i am not relevant then prove it. Stop following me. Lol.”

IT WAS A GOOD YEAR FOR… Lil Nas X.

The young rapper (who was born Montero Hill) welcomed Billy Ray Cyrus onto his 2018 track “Old Town Road” in April and rode it to the top of the Billboard Hot 100.

The “country rap” song had a 19-week run at the top of the chart, breaking a record set by “Despacito” by Luis Fonsi and Daddy Yankee ft. Justin Bieber in 2017 and “One Sweet Day” by Mariah Carey and Boyz II Men in 1996.

Lil Nas X, who came out publicly as gay, finished his year with six Grammy nominations.

IT WAS A BAD YEAR FOR… music festivals in Ontario that targeted fans over the age of 30.

Promoters started to realize that not many people in that demographic want to spend a weekend standing in a field.

The biggest bust was Roxodus, a four-day event in in Clearview Township, Ont. that booked headliners like Aerosmith, Kid Rock, Nickelback, Lynyrd Skynyrd and Alice Cooper.

Less than two hours after iHeartRadio.ca reported on July 3 that the festival was being scrapped, organizers MF Live made it official with a statement in which they acknowledged “we could not make it happen this year.”

Organizers of Hair in the Fair, scheduled to take place in Welland, Ont. on the same weekend as Roxodus, pulled the plug on July 4 “due to financial hardship and extremely low ticket sales.”

The year ended with the sudden cancellation of 2-IN-TENTS, a New Year’s Eve bash in London, Ont. that was to include performances by Our Lady Peace, the Sam Roberts Band, Honeymoon Suite, Buckcherry, Eric Ethridge, Monster Truck and Bon Jovi tribute act Keep the Faith.

“We were down to less than 230 ticket holders,” the event organizer explained, before blaming the cancellation on difficulties securing an insurance certificate in time. 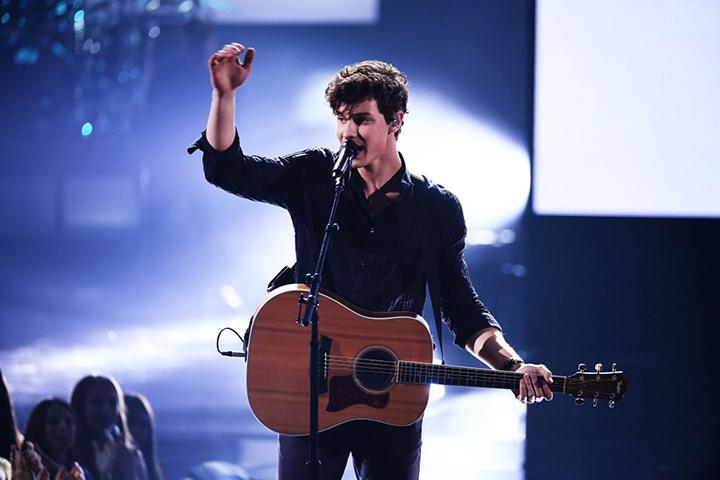 IT WAS A GOOD YEAR FOR… Shawn Mendes.

The 21-year-old toured the world in support of his self-titled third studio album and earned his first ever No. 1 hit.

The Canadian singer performed in front of over a million fans at 85 shows between March 7 and Dec. 21. (Remarkably, Mendes cancelled only one show – a Nov. 30 date in Brazil – due to illness.)

The highlight of the tour was a stadium show in September for 50,000 fans in Toronto that was taped for an upcoming concert film.

Mendes’ collaboration with Camila Cabello, “Señorita,” topped the Billboard Hot 100 in August and the pair gave sultry live performances of the song at both the MTV Video Music Awards and American Music Awards.

IT WAS A BAD YEAR FOR… the moose that was killed by ‘90s group Crazy Town.

Members of the band best known for the 2000 hit “Butterfly” escaped serious injury when their tour van struck a moose on Highway 17 between Thunder Bay and Sudbury, Ont.

The female moose died at the scene.

IT WAS A GOOD YEAR FOR… One Direction fans.

There was a second album from Harry Styles, a debut one from Liam Payne and new singles from Niall Horan, Louis Tomlinson and Zayn Malik.

Payne’s LP1, however, debuted at No. 111 on the chart – and the singer got slammed for one of its tracks, “Both Ways.”

Fans also got news that Styles and Horan are heading out on separate tours in 2020 and Tomlinson is releasing his debut album Walls.

The R&B singer was indicted on 10 counts of aggravated sexual abuse, jailed for failing to pay child support, and charged in different jurisdictions with child pornography, obstruction of justice, racketeering, forced labour and engaging in prostitution. He has pleaded not guilty to all the charges.

Kelly’s bad year ended with the allegation that he bribed a government official in 1994 so he could marry singer Aaliyah when she was 15. 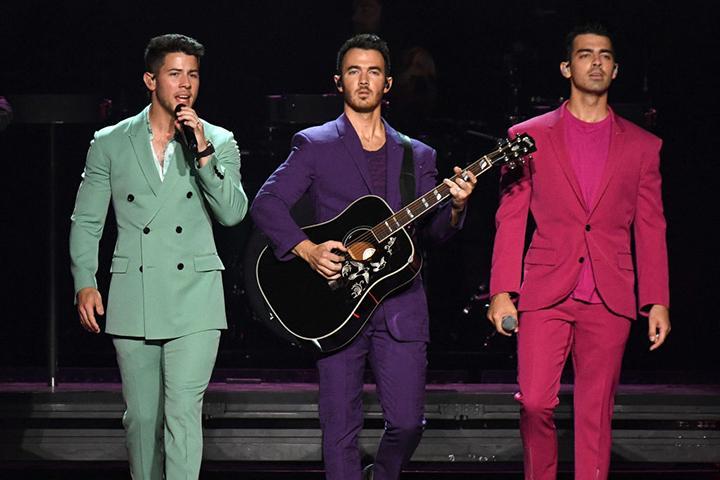 IT WAS A GOOD YEAR FOR… the Jonas Brothers.

Kevin, Joe and Nick reunited for a new album (Happiness Begins) that spawned hits like “Sucker” and “Only Human,” launched a tour and starred in the documentary Chasing Jonas. (They also did an iHeartRadio Q&A in Toronto.)

Joe married actress Sophie Turner in May (in Las Vegas) and again in June (in France). Nick launched Villa One tequila with designer John Varvatos, starred in the Jumangi sequel and taped his first episodes of The Voice as a coach.

The Jonas Brothers, who earned a Grammy nomination for “Sucker,” will wrap up 2019 with a poolside performance at the Fontainebleau in Miami Beach.

Of course, all these stories and many more were reported right here – so come back every day for the latest music news and follow @jrk_media on Twitter for more!